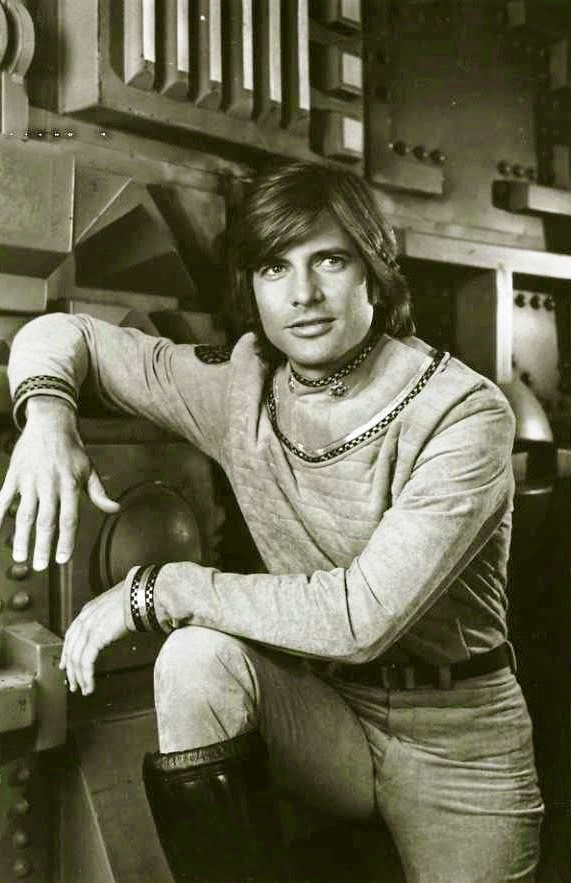 "I was sent a script by one of the show's (new Battlestar Galactica) producers and I saw how they were going to re-imagine the series. I wish I could say I was surprised but I wasn't. The new Battlestar Galactica is female-driven - like so much television nowadays. But I was originally going to play Starbuck at the age of 50. I was going to be the guy who trained all the new viper pilots in the show and it was going to be a continuation of what came before. I thought it was quite wonderful and I was really looking forward to it. But then new people came into the Sci-Fi Channel and they went ahead and did what they did. I do not have any feelings one way or the other about the new show. It is just a sign of the state of television today. Like I said, Battlestar Galactica is now told from a female perspective. Our show was male-driven."

"...people kept asking me the same question: 'Mr. Benedict, what do you think about the new Starbuck?' So, finally, I wrote an article called 'Starbuck: Lost In Castration' in which I mentioned you cannot have the same character I played in a television show today. He is a misogynist and he smokes cigars. He drinks and he looks at women and he wants to take them to bed.  I am sure the producers looked at our series and thought, 'What the hell should we do with this guy? Oh I know - we will make him a girl.' It is a joke. The new show is all about despairing. There is no hope in it, whereas the old Battlestar Galactica was religious and spiritual and hopeful. The new one is dysfunctional, you know? It is about how things are always going wrong and bad things happen to everyone. The new show reflects the world today. Times have changed and, sadly, you cannot have my Starbuck in the current climate."

It's safe to say Dirk Benedict has some strong opinions on the state of the world and television. I like him. He doesn't live in a bubble and calls things like he sees them. He's also not worried about offending people with the facts.

The new Battlestar Galactica series was indeed the mirror frakked and a reflection of today's dour and dangerous political and global climate. Again, it's a mess.