As many know who visit here at Musings Of A Sci Fi Fanatic, I've been enjoying an entry by entry review of Season One of Stargate Universe (SGU). 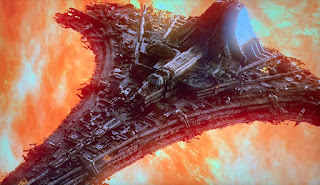 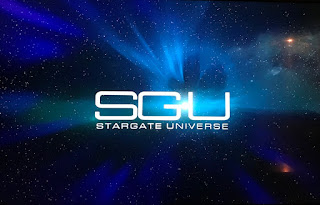 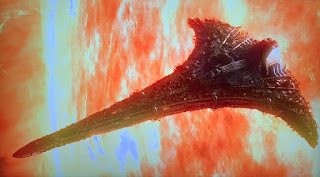 A recent look at SGU, S1, E17, Pain and E18, Subversion inspired me to enjoy the rest of the series in succession. In other words, I really wanted to get to it and have a proper look at the series final season, Season Two.

For those who have read over my look at SGU, S1, Subversion the series had me concerned about its trajectory.

SGU was suddenly entangled with earthbound stories and being sucked into a story thread with the Lucian Alliance (a hold over from the days of SG1). For this viewer it was the least compelling storyline of the series in its first season of survival for the crew aboard Destiny. The SGU S1, two-part finale, E19 and E20, Incursion threw the crew of the Destiny up against the Lucian Alliance. It was indeed my least favorite portion of a mostly great first season. Despite the missteps at the end of Season One it was still expertly assembled and its merits are arguably debatable. One man's trash is another's man's treasure. 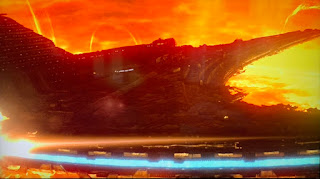 This writer is relieved to report SGU, Season Two, despite some Lucian Alliance reverberations and echoes throughout, is nearly as compelling as its first season and perhaps more exciting. It was pure relief to find myself immersed in the series' journey and mystery aboard the Destiny once again. The exceptional handling of suspense and mystery of the first season was indeed salvaged with the infusion of potentially more thrilling moments for those who missed these elements within the Stargate franchise.

As the series wrapped up quickly with its final episodes E19, Blockade and E20, Gauntlet it broke my heart to see it go. 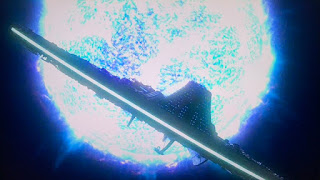 SGU, as a standalone science fiction series, was that good and had that much potential as Dr. Rush would suggest to young apprentice Eli Wallace.

In just 40 episodes of television the characters evolved amidst some beautifully filmed and often compelling science fiction. This large ensemble group of characters, an unruly mix of military and civilian, once working in a contentious, uneasy alliance in the first season even gradually grows to connect as family with a delicate, fragile trust, but with bonds formed nonetheless. Each character was not an easily identifiably, quantifiable being of good or evil. Each and everyone of them seemed, like most of us, human, infinitely capable of making good choices as much as bad ones or at least mistakes. As the journey continued the characters evolved and matured together slowly. This science fiction enjoyed populating the Destiny with interesting characters and a subtle examination of human behavior. 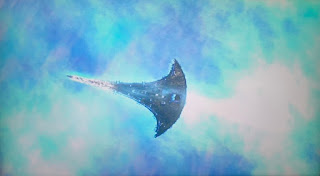 As many have often said about ABC series LOST (2004-2010), a show seemingly less about the mysteries of the island and more about the journey of a diverse mix of people thrown together for six fascinating seasons. The same can be said for those aboard the glorious ship that was Destiny.

The mythological mysteries of this series deepened as much as the characters as Destiny voyaged through space. 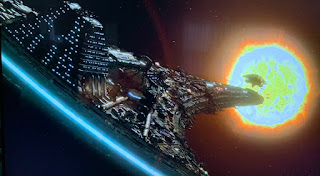 While the characters were richly written throughout the show in its comparatively short run to LOST, the visual effects were second to none. The Destiny herself, an important character to the show as much as Serenity was to Firefly (2002), is also deeply layered and and lovingly detailed as she herself unfolds and is revealed across two seasons like a tapestry.

As a whole, it was the relationship between the characters and the ship that is one of the most engaging components of the show as the characters discover her. 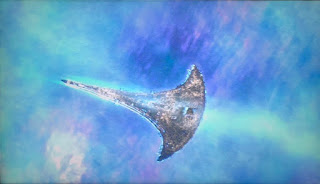 Gauntlet (E20), the series finale, was moving beyond words considering the brevity of the series and quite possibly one of the best series' finales penned given the circumstances. It was nearly as powerful as Unending (S10, E20) following Stargate SG-1's ten season run. The latter arguably more so given the length of that show's run and the chance its characters had to fill the hearts of audiences.

SGU we hardly knew you and yet experiencing these forty wonderful episodes we wish we knew you more and you had the chance to see through another three years of science fiction exploration aboard one of the most glorious ship designs ever created, the Destiny (on par with the Eagle of Space:1999 for this space ship fan). 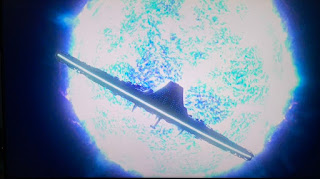 Like the stars that powered her through the darkness of space, Destiny and Stargate Universe shined for two glorious years.

It's outright shameful, a crime, that Season Two has only seen the light of day on DVD and there has been no official release for the wonderful accompanying score of this show by the late Joel Goldsmith.

When a science fiction series works so completely with writing, story, casting, effects and score (LOST, Firefly) you have a winner. Add the understated, underrated Stargate Universe to the pantheon of the best. 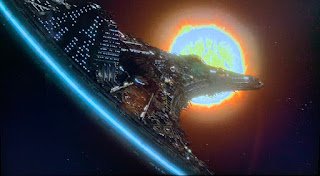 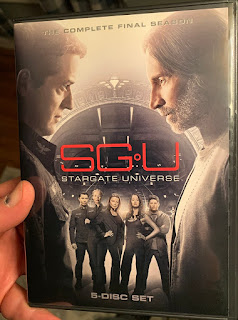