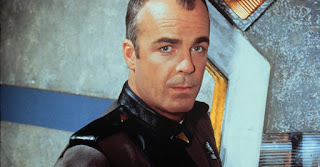 Doyle was just 60 years of age when he passed in July. Like my father who passed in his fifties ---Doyle left us way too young from much the same illness.

Doyle was on the right politically, a libertarian. This science fiction fan couldn't agree with him more on most matters particularly the concept of less government. Doyle released a book Have You Seen My Country Lately? America's Wake-Up Call (2010). His book tour landed him in my neighborhood that year. This writer didn't let the opportunity pass. 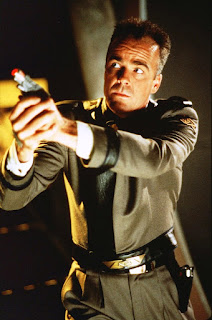 Taking my then roughly twelve year old son along we attended his book signing and he couldn't have been a nicer gentleman. Though I wasn't sure if consumers buying the book were fans of his political persuasion or fans of Babylon 5. It may have been the latter. It may have been the former. For me it was a bit of both and there's no doubt Doyle used his science fiction credentials to help sell his title and he should have. There's certainly not enough conservative or libertarian folks out there and he implemented his voice on conservative radio. 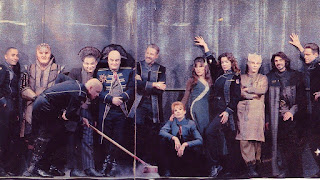 When I first started this blog in its infancy one of the first things I did was a very cursory analysis of Babylon 5 here. This writer was still finding his feet then, perhaps his voice and his approach on where to take this blog, and generally speaking, looking back, I don't love those entries. Still it was a lot of fun watching Babylon 5, writing about it and conversing with those readers and sci-fi fans who discovered me out here in cyberspace and waxing poetic on Babylon 5. In general, Doyle and Babylon 5 opened the doors to the blogging universe for me (along with then blogger The Finest Kind Of Pork) and made the introduction to it a great deal of fun. 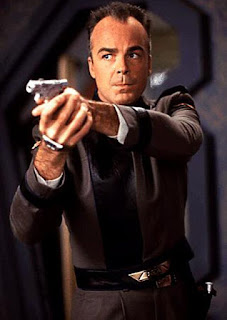 There was very little noted out there regarding the man's passing. Perhaps it was a disdain for his politics by a mostly left-leaning media or his place was perceived to be a small piece of the science fiction universe. Whatever the reason I'm sorry to see another recognizable, friendly, fun and fascinating face and voice leave us. More importantly I was sorry to see the man go so young and knew one day I needed to mark the moment of his passing here in tribute to someone who was clearly a decent, principled man. We could certainly use more of them.

Babylon 5 creator J. Michael Straczynski himself noted of the man, "Regardless of whatever was going on in his life, whether it was marital issues, a broken arm, forced couch-surfing with Bruce and Andreas or other problems, he never once pulled a prima donna on us; he showed up every day on time, knew his lines, and insisted that the guest cast live up to the standards of the main cast."

There's a lot to be said about Doyle in that quality called a work ethic. 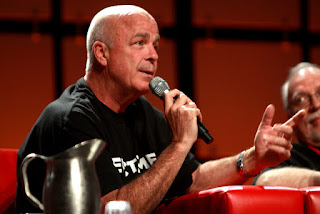 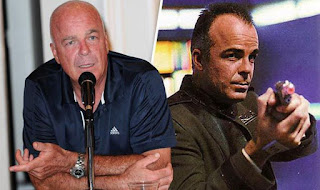