"We're taking this fight to them." 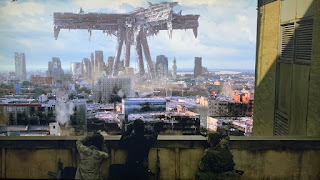 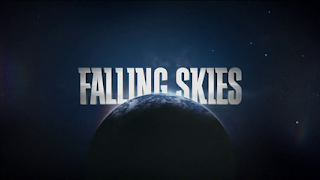 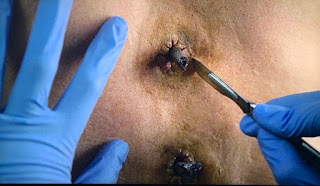 The biggest sci-fi reveal regarding what lies beneath in Falling Skies, Season One, Episode 8, What Hides Beneath is the harness buried deep within a skitter suggests the skitters themselves may not have always originally been skitters. The suggestion that harnessed kids will ultimately transform into skitters lends the series a bit of the old body horror concepts. These ideas have been mined to great effect in television (Doctor Who's The Ark In Space; okay maybe bubble wrap is not the best example) and film (Pandorum, District 9). Through the character of Ben Mason the transformation by the harness has manifested itself in physical attributes regarding strength even if appearances, apart from the Godzilla-like ridges on his back, seem rather normal. His endurance and is greater than that of the average human being.  The harness has had a significant effect on Ben Mason's stamina and pain receptors around the localized spike remnants. 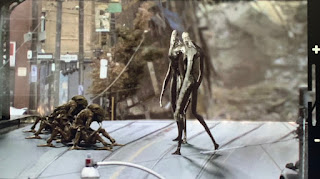 The entry also underscores the fact that the harness appears to impact each child differently. How and why appear to be undetermined. For example, Ben informs Rick he hates the Skitters, but Rick confides in him the Skitters will return for them demonstrating a loyalty to the aliens following his harnessing.
The episode also begins to lay the groundwork for the season finale as the 2nd Massachusetts plans to take the war to the immense structure looming above them in the skyline. 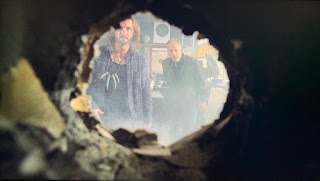 What Hides Beneath moves us away from the dark, two-part territory of human betrayal that was Sanctuary and marches the human resistance toward the alien fight and season finale.
Alongside understanding the effect and impact on human physiology by the alien harnesses members of the 2nd Massachusetts make efforts to understand the alien weapons tech (making penetrating bullets from confiscated alien metal) as well as the structural integrity of the massive alien vessel as they prepare for a confrontation. 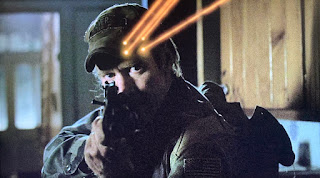 Upping the science fiction elements of the Falling Skies series What Hides Beneath introduces a new alien species overseeing the Skitters. Tall, lanky, alien creatures are spotted giving instruction to the Skitter workers.
Like the villain of Terry Clayton, Blair Brown (Fringe) guests as Sonja, a human interloper in cahoots with the alien insurrection, furthering the component of human betrayal rank within humanity. I'm reminded of the unhealthy divisions happening across the country by media and corporate interests today. 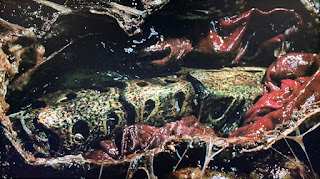 A Skitter is dissected to discover what lies or hides beneath. As they dig deep they discover a harness and the realization the Skitters may in fact have been something other than Skitters once upon a time. It appears the transformation process is happening to Earth children.
The episode reveals Weaver lost his daughter in an effort to remove a harness and his rage is fueled by revenge while Tom Mason's journey is one of hope. 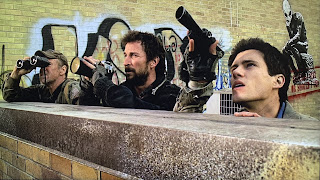 The men spot a harnessed Karen Nadler with the lanky aliens. She is serving her alien masters and working with the human turncoats.
What Hides Beneath provides viewers a touch of mystery and intrigue for Falling Skies.  What were the Skitters once upon a time?  What are we to make of this new alien species?  What lies beneath the formerly-harnessed Rick and Ben for their future? Falling Skies continues to leave us intrigued with the proceedings with equal parts drama and action. 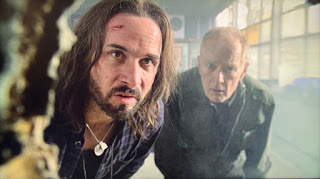 Why are the aliens here? What do they want? Are they merely world conquerors? Sanctuary may have been short on aliens, but What Hides Beneath more than compensates giving us one of the most enticing sci-fi heavy episodes of the season, the first of four written by Mark Verheiden.
Writer: Mark Verheiden (Battlestar Galactica).
Director: Anthony Hemingway (Battlestar Galactica, True Blood). 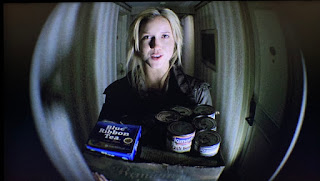 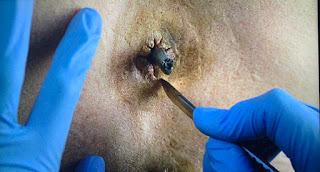 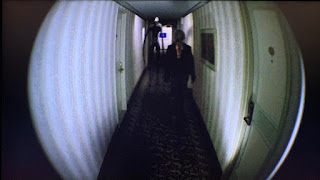 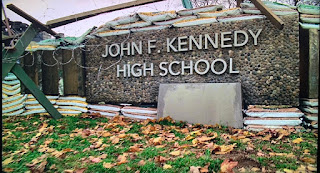 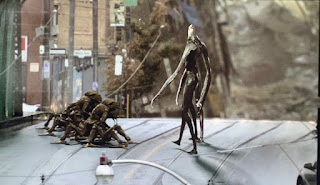 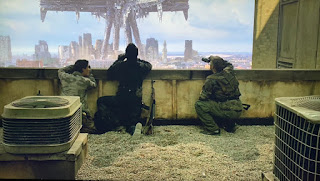 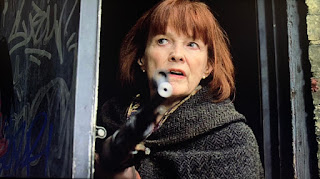 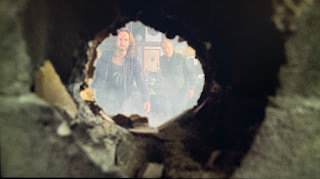 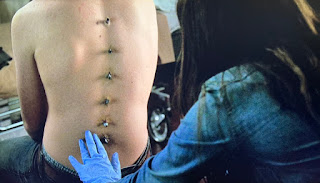 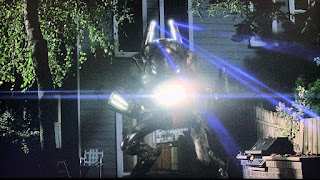 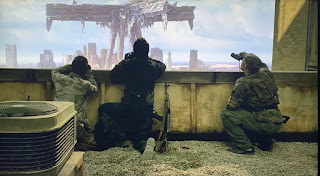 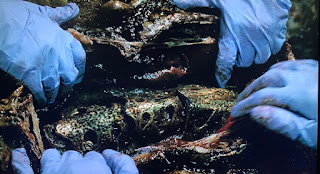