"I can't think of an other Anderson story which hinges upon a guest as much as Flight Path. George Cole is this episode's saving grace." -Richard Derbyshire, Timelash, FAB Issue 72- 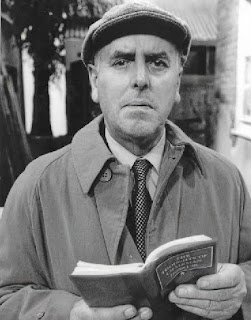 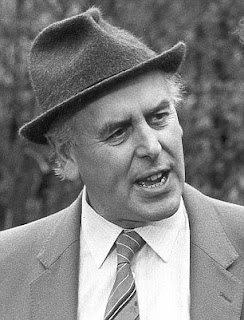 It's FAB FRIDAY people! Hallellujah, jump back and kiss myself! We open up the book on all things spectacular inside the minds of Gerry and Sylvia Anderson.
In honor of the release of the latest issue of Fanderson's FAB Issue 72, we look back at George Cole [1925-present] and his odd, but interesting and emotional performance in UFO, Episode 3, Flight Path as Paul Roper.
The latest issue of FAB features a segment dubbed Timelash which looks back with a good degree of scrutiny at the George Cole-fronted episode. It was indeed one of the stronger earlier entries in UFO and much of its strength is due in part to the qualities of one George Cole. 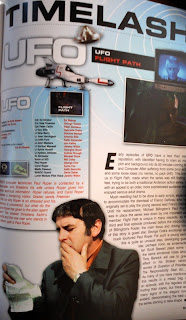 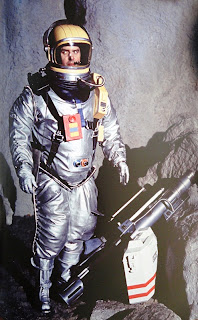 The retrospective look back at Flight Path comes as a result of the timely look at the entry in the aforementioned magazine coupled with my recent reading in Virginia of the book by Doctor Who actress, the late and lovely Elisabeth Sladen, Elisabeth Sladen: The Autobiography. It prompted me to deliver a FAB FRIDAY focus on the actor.
The peculiar Cole comes across as an odd sort in the episode, but is genuinely fascinating to watch. Who knows what shapes a man? Cole was adopted at a very young age and who knows how the mind works as we mature and filter experiences in our lives. We're all saddled with a good degree of damaged goods.
The late Elisabeth Sladen once worked with Cole in theatre and found the man to be incredibly guarded and protective of self. Several attempts by the beautiful actress to befriend the man and reach out a hand of friendship to him were met with "wall"-ed responses. 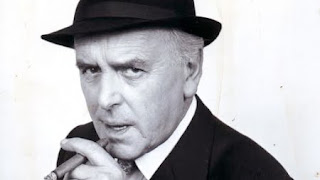 Of course, Cole was a significant talent and starred as one of the main cast in Minder [1979-1994] as Arthur Daley. Sladen offers only one insight into the man and we are certainly much more than that, but it is interesting.
Sladen recalled Cole "an odd fish." She certainly respected his credentials as an actor. Cole has been making films since 1941 and as recent as this century.
Sladen just "knew right from the off that he saw the world a bit differently." She continued, "He was very insular, as if he had a wall around him. His wife had a second child... and I congratulated him. No smile, no thanks. He just said, 'Well, it's not nice watching your wife in pain.'" These are certainly things one would remember from an encounter. 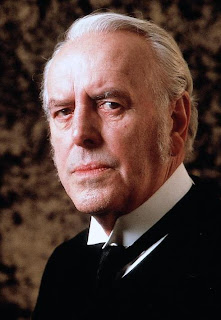 Years later, Sladen ran into Cole again and tried extending her hand, yet again, and a "Hello, George. Nice to see you again." Cole responded, "Oh no, you never go up to someone and say that." Sladen even tried on a third ocassion, but the wall was there again. "Such a shame as there are so many delicious stories I'm sure he could tell," she recounted in her book.
So George Cole is indeed an interesting, seemingly different sort. Well, George Cole's nature certainly plays into his ability and talent as an actor and this comes across without question in his performance for UFO, Flight Path. Be sure to check out the updated Flight Path entry here at Musings Of A Sci-Fi Fanatic. We'll call it the UFO, Episode 3, Flight Path Special Edition. Enjoy the weekend flight.
Posted by SFF at 12:10 PM

Then I guess he's a no show for the next UFO/Space:1999/Fanderson convention? He is good in "Flight Path" though.