"I always get cut out. It's giving me a complex."
-Tiny cut out of the ground game yet again-

The Luminous One and Zoltar have joined forces with a commander called Scorpius. The evil planet Spectra proves how far they are willing to go to destroy G-Force. 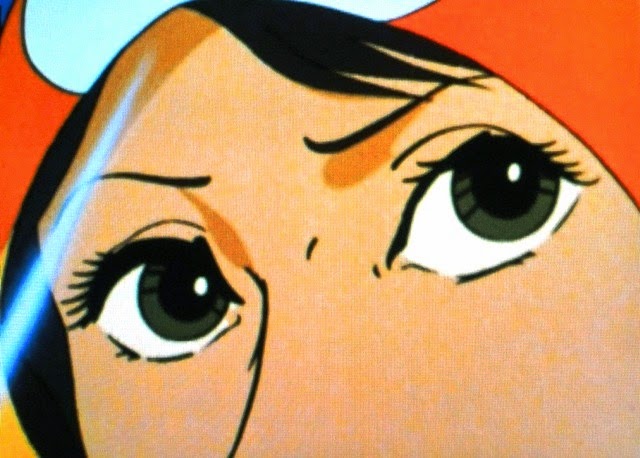 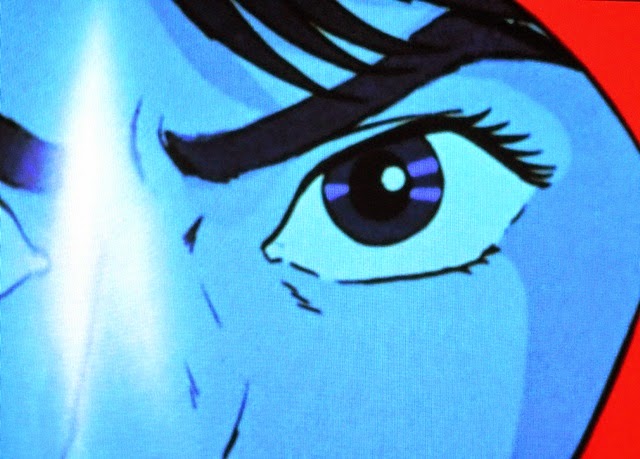 The first seven minutes of the episode doodle about with the assembly of the Jupiter moon menace mecha which looks something akin to a Scorpion. It is able to convert the moon's surface's rock into Earth-destroying meteors. How will G-Force handle their latest challenge in Battle of The Planets, Episode 9, Jupiter Moon Menace. 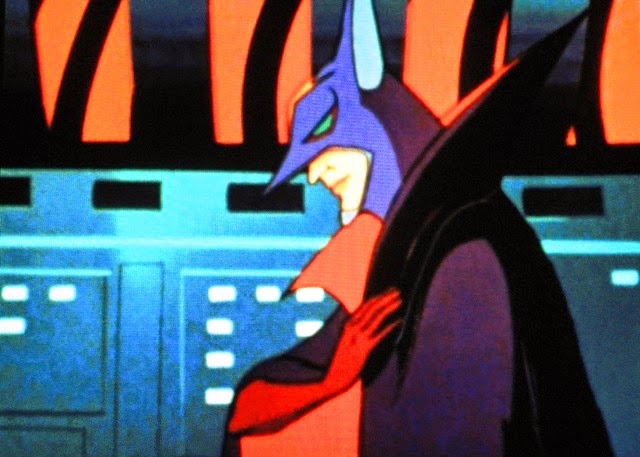 The latest entry gives us an extensive, if not entirely welcomed look at the subpar American supplemental animation created for Battle Of The Planets. The notorious ready room sequence features Tiny eating space burgers, Keyop playing drums, Princess playing guitar while Mark and Jason strike up a game of ping pong ball. The sequence is essentially narrative filler when required but the animation simply doesn't rise to the heights of Tatsunoko's skilled artists that helped power a new generation of anime fans. And while there is recycled Tatsunoko animation here there are still a good number of delightful images. 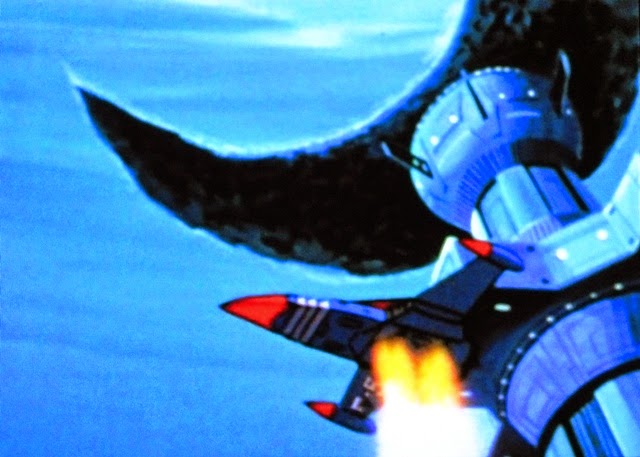 And so incredibly, the ready room sequence pushes the episode out to the eight minute marker. We don't actually see the team-driven, proper cel animation created by Tatsunoko until roughly the nine minute marker. Truth be told not much really happens until after the eleven minute marker, nearly half of the episode. And one could argue there is complete inaction until after the fourteen minute point of the twenty-two minute entry. Astounding, yet somehow this episode likely dazzled kids as much as the next I'm sure. Of course, the coup de grace for Jupiter Moon Menace is that much more welcomed after an extremely slow start. 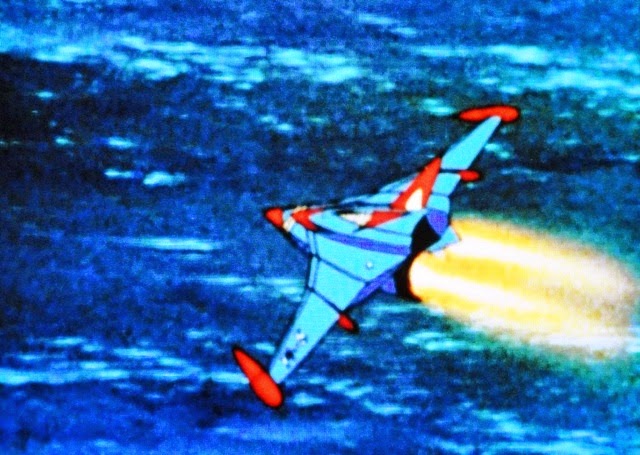 One of the most disappointing things about Battle Of The Planets, and we certainly didn't notice it as kids, is Sandy Frank and company thought nothing of cutting some of the more critical Japanese animation and filling it where required with supplemental, lesser American-made footage. In between shots of space and the Phoenix making its ride across the galaxy to give the illusion of a space-based show was a popular favorite. There were also notable editing snafus like in this entry when the creators cut from a space shot to a shot of the Phoenix against blue skies or open water and then back to space. The edits are completely out of place. A more critical eye for these things should have been in order. 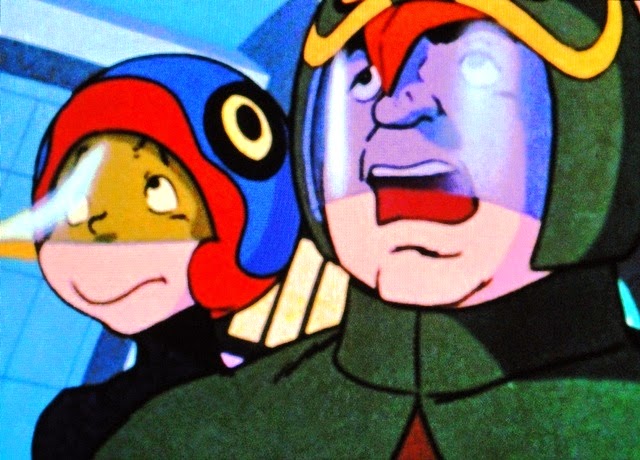 Finally when things do begin to heat up for G-Force, Jason attempts a missile attack against the moon menace but to no effect. To make matters worse Spectra has impacted the instruments of the Phoenix. Zark orders a reversal of polarity to fix their problem. Ah the old polarity trick works almost every time in sci-fi.

To infiltrate the enemy Mark tells the team not to suit up, but suit down. They are going to do some "skin diving." When we were kids we did skin diving too in the birthday suits - at night. We thought we were pretty big stuff. Good times. 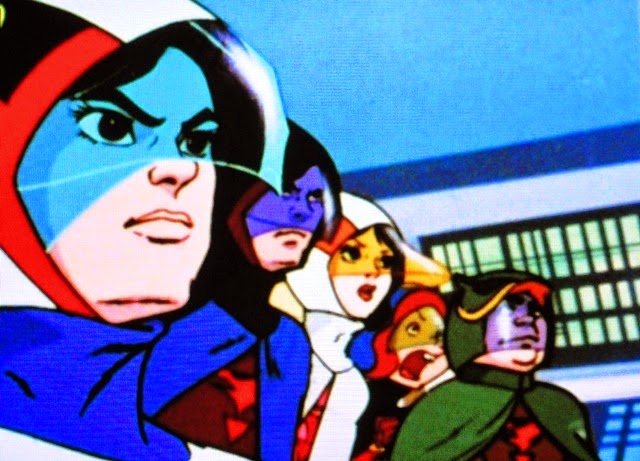 Mark has a rare, un-leader like moment in one of the episode's dialogue triumphs. "And here we are locked up tight inside with Tiny outside somewhere. I'm open for ideas." While the line should suggest Mark as a leader ready to delegate authority to others even under duress it comes off sounding silly given the real conundrum they face. Jason pipes in with a fairly easy solution. "Let's open that door with Princess' yoyo bomb."

After the mecha scorpion is destroyed the meteors "reverse" direction away from Earth. Huh!? And how does that work? 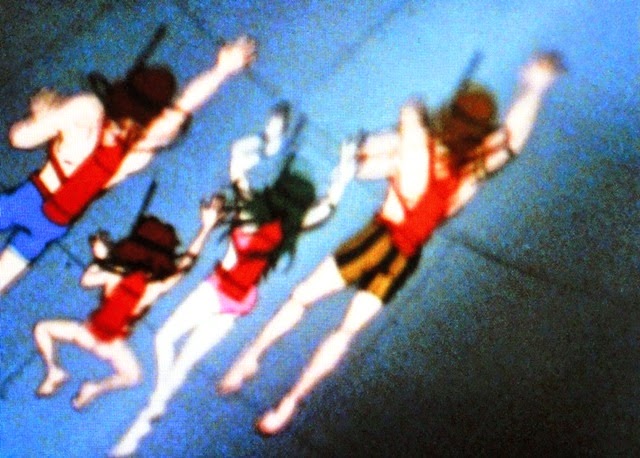 We get a little preachy with this entry too. "Two wrongs don't make a right." Ugh. This one, in hindsight, was rough viewing even for kids, of which I am at heart.

Jupiter Moon Menace is one of those episodes where you really want to do a compare and contrast to examine just how badly they mistreated the original Science Ninja Team Gatchaman episode on which this is based. Just how much of the original story was edited and changed and it's safe to say it was a fair amount. 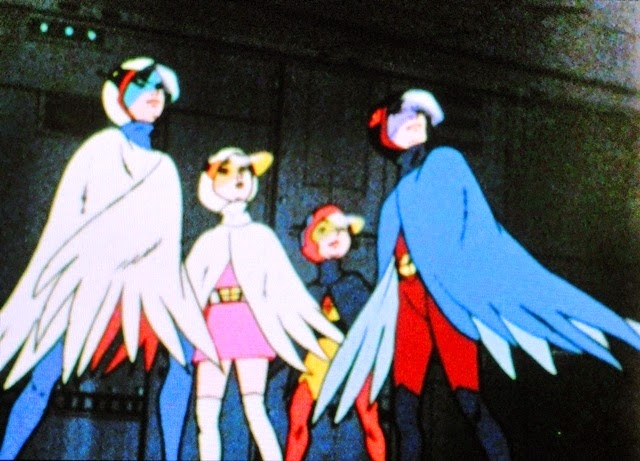 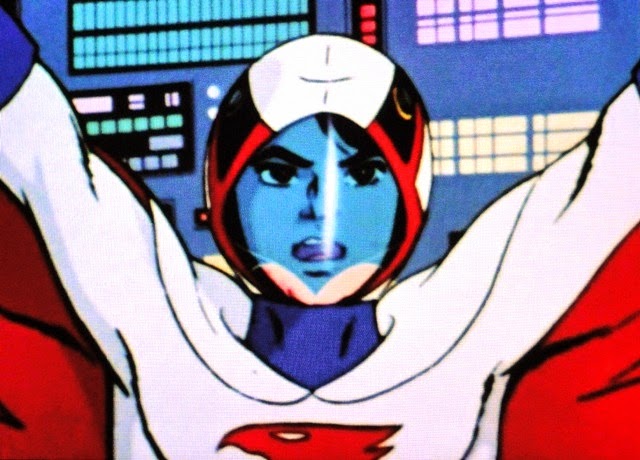 Jupiter Moon Menace definitely menaces the original story, chopping it up for a disjointed and awkward Battle Of The Planets affair that seems relatively short on proper flow. It just doesn't click in the same manner previous entries seem to so effortlessly. This is indeed perhaps the weakest of the first ten episodes. Ah well, even a classic cartoon like Battle Of The Planets comprised of 85 episodes is entitled to a stinker now and again.

Science Ninja Team Gatchaman title: The Devil From The Moon.
Up Next: A Swarm Of Robot Ants. 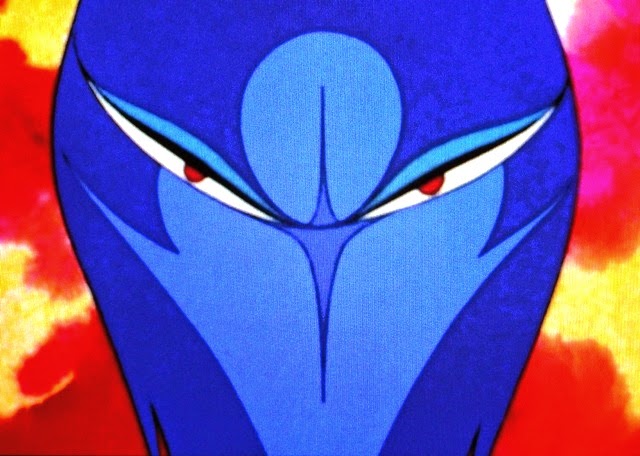 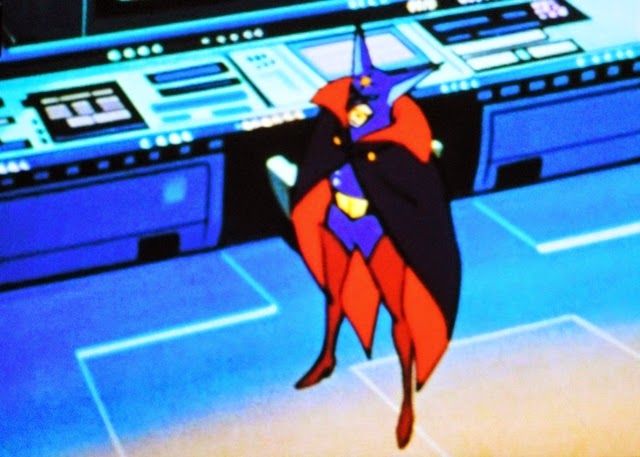 American animation. Not its finest moment. 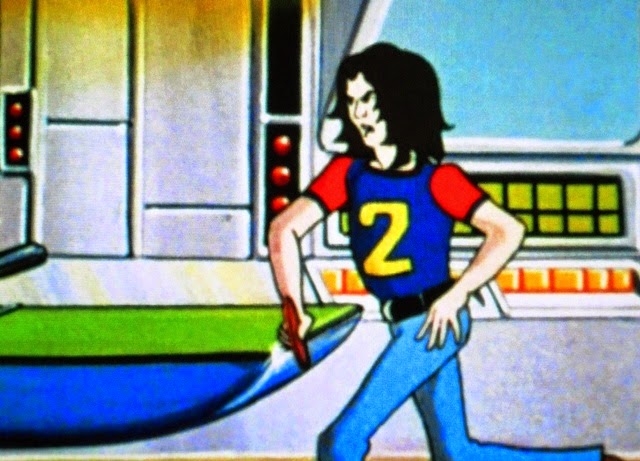 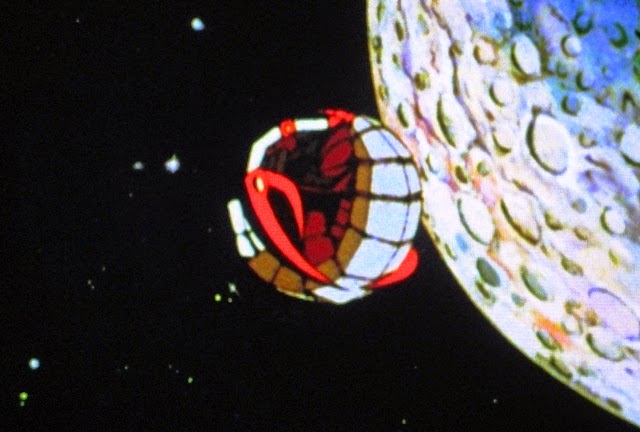 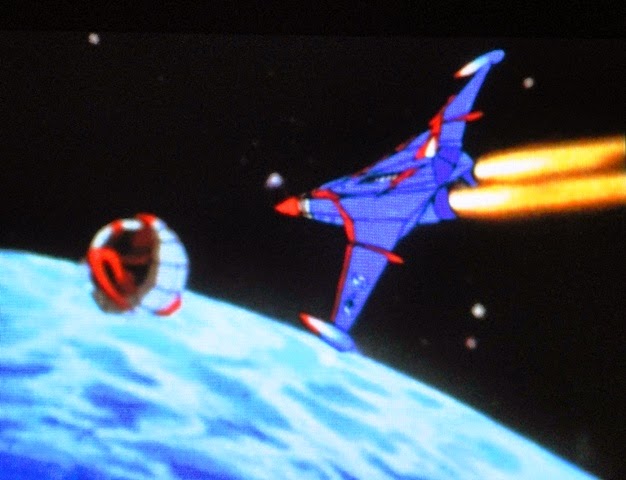 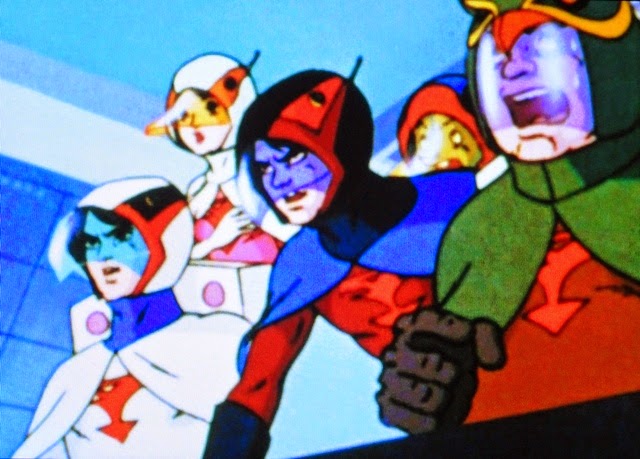 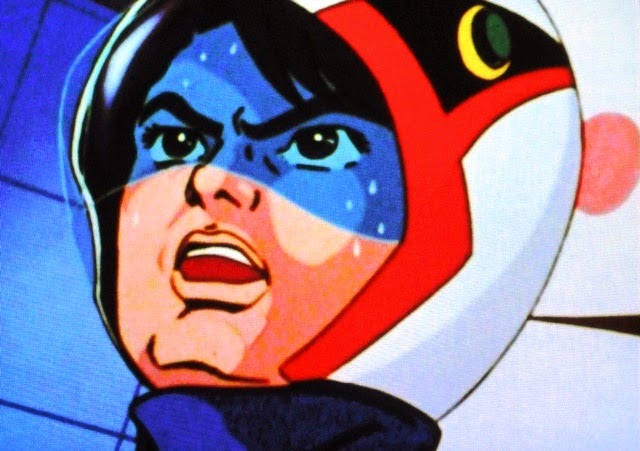 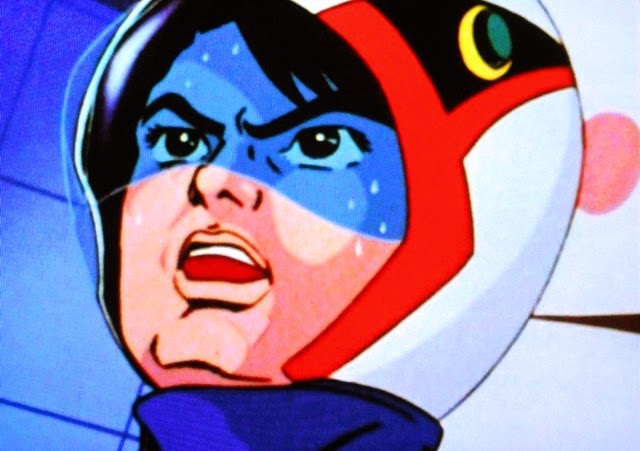 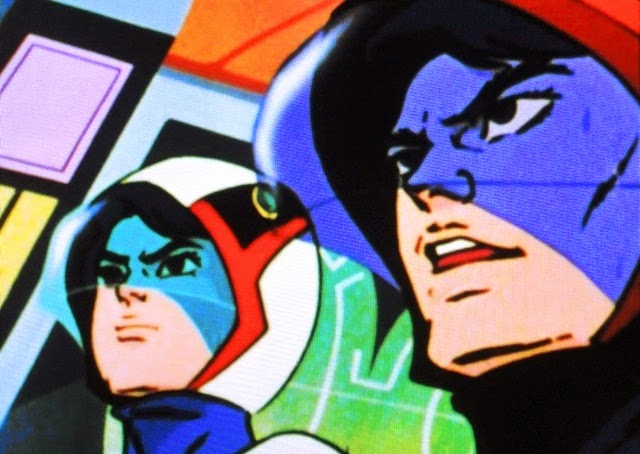 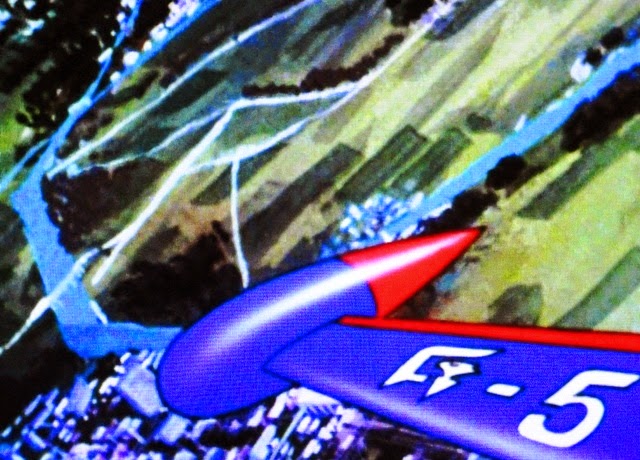 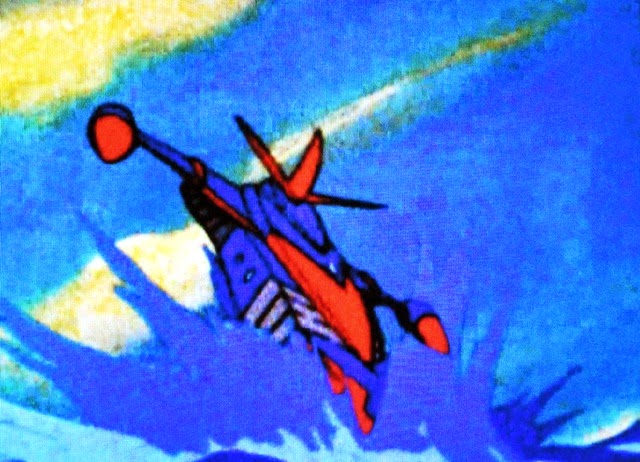 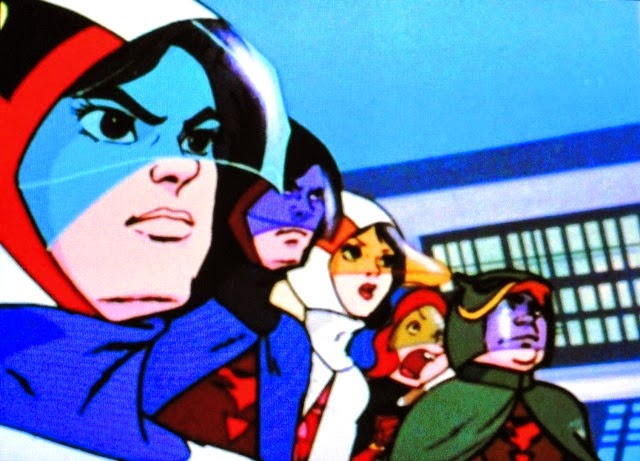 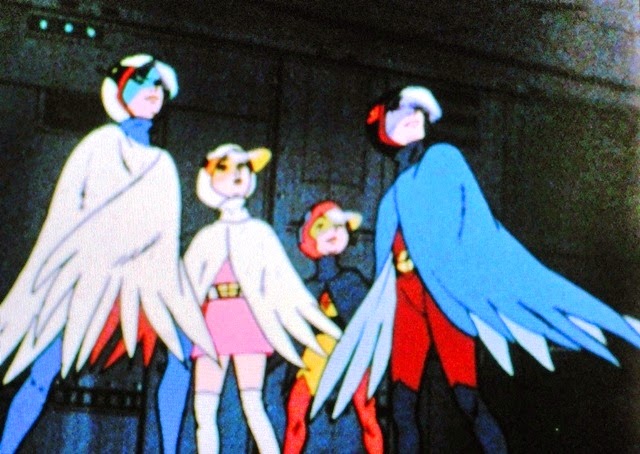 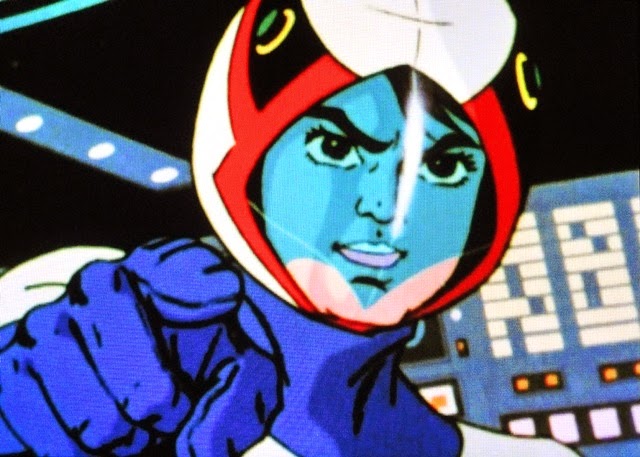 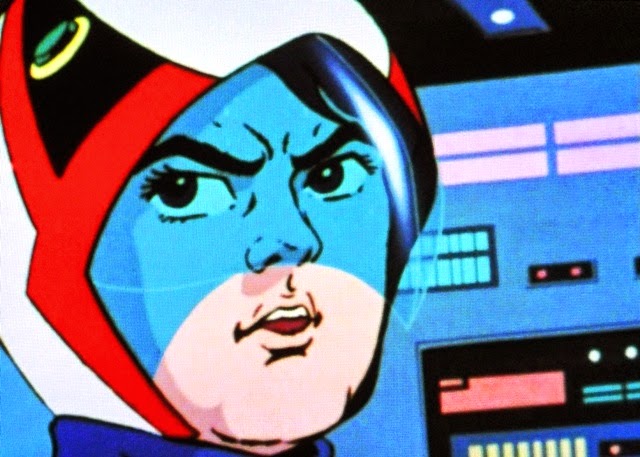 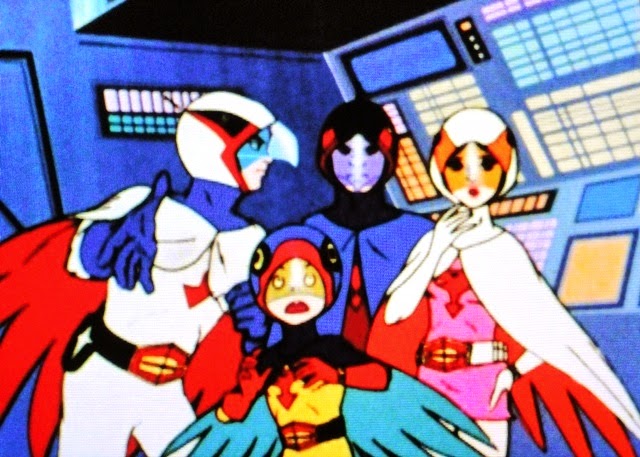 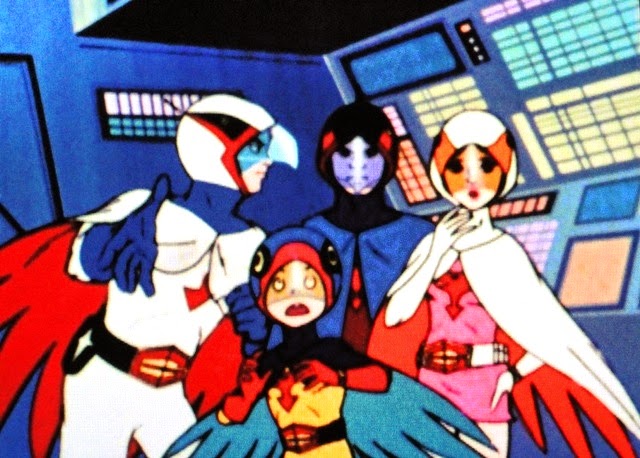 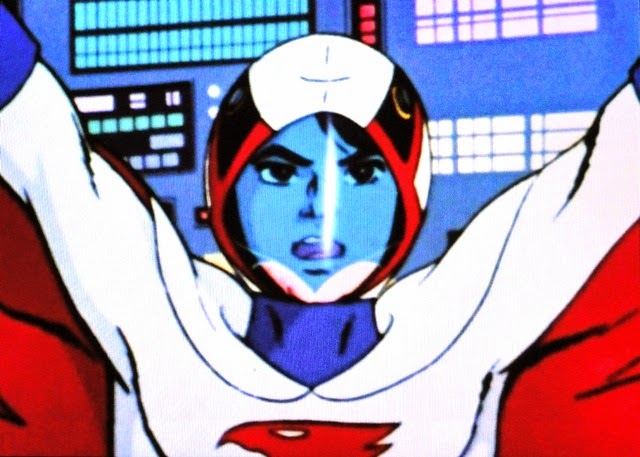 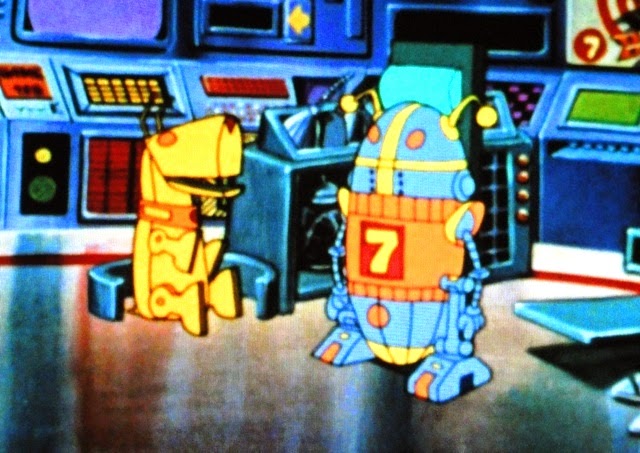