The Phoenix (In Watercolor)

My efforts to paint continue.

I had wanted to do something from Science Ninja Team Gatchaman (1972-1974) a.k.a. Battle Of The Planets (1978-1980). I had really wanted to paint the G-2 or G-4, but ultimately settled on the queen mother of all mech equipment on the series in the form of The Phoenix, also a mad favorite. 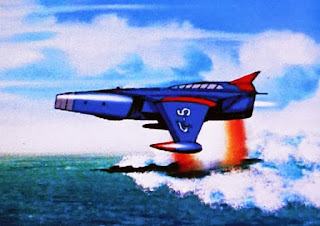 As you can see I have added the nose accordingly. For a time I played with adding the G-4 operated by Keyop, but decided against it. These things are always imperfect, because it's ultimately an artistic expression. Even animators express a creator's design. These are just fun interpretations of some of the most wonderful designs in animation and a great way to create something personally rewarding. Anyway, see for yourself. 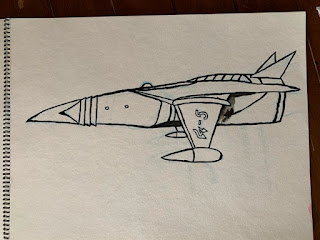 The images I took note the progress over a few weeks. It's not an overly complex piece but it's vibrant. It's always fun to see it come together and this one went as quick as transmute to the fiery Phoenix herself. 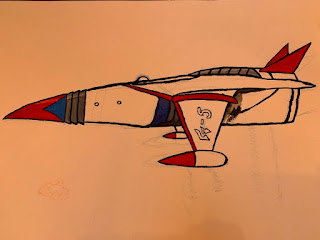 Once it was completed, I looked at a few potential mattes for the painting (as noted at the bottom in samples), but settled on the final product (the last image), which included a kind of red velvet matte with a terrific frame made of stars. I thought it looked a bit patriotic with all of the red, white and blue despite the irony of it being a Japanese-created design by Tatsunoko Productions.

Anyway, onto the next one. G-Force! 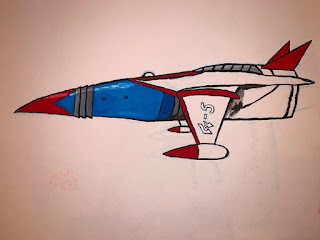 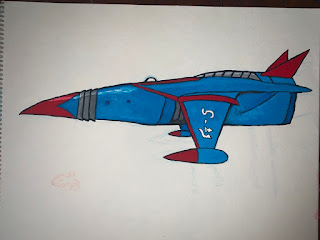 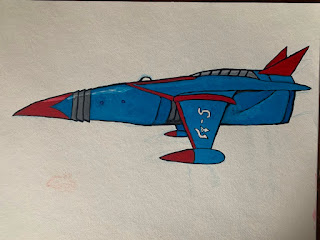 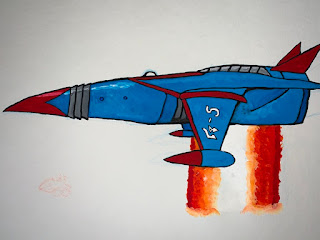 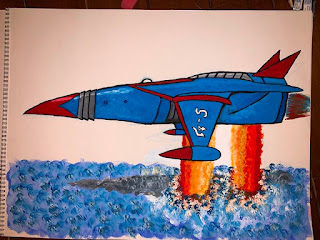 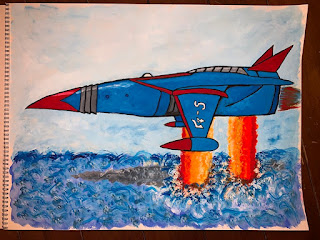 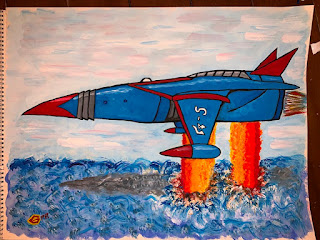 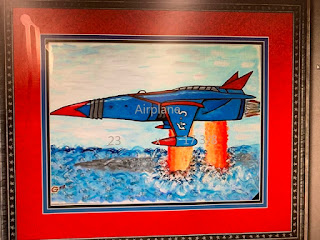 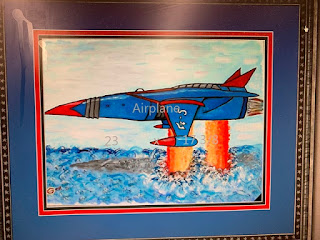 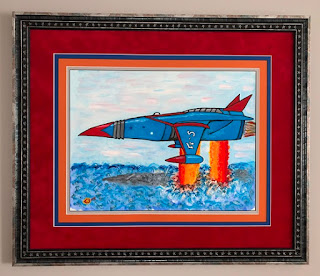 Labels: Battle Of The Planets, Painting

This looks fantastic! How long did it take you to complete?
I have been putting together a Phoenix in Adobe Illustrator for awhile now.
I need to stop procrastinating and just get it finished. I want to make some stickers/decals of it. Where does the Phoenix painting hang in your household and have you received any other compliments from the admiring public?
Keep up the great work on your paintings and blog!

From a big fan of BOTP and this site,
Pete

Hi Pete. Just seeing your message. Thanks so much for writing.
HAHA No other admirers but me, myself and I and well you gratefully.
I think I took about roughly 3-4 weeks start to finish and added about two weeks for framing. Those people take their time.
Yes, these things work on inspiration don't they Pete? I only did it because the spirit (or luminous one) moved me. I want to do another of something but the inspiration is absent and I am in procrastination mode like yourself. Good luck! Get her done!
Oh and I stuck it gloriously in my bedroom. I wake up to its glory every day. LOL.
Take good care
sff

And Pete, sincerely, thank you for the kind words about the blog.