Battle Of The Planets Comics II

In an earlier post focused on the Gold Key comics (1979-1980) for Battle Of The Planets, noted here, I mentioned a resurgent interest in Battle Of The Planets shortly after the turn of the new century when Top Cow comics launched its own interpretation of Japan's classic Tatsunoko series, Science Ninja Team Gatchaman, and equally inspired of course by the Sandy Frank adapted property of Battle Of The Planets (1978) for American television. 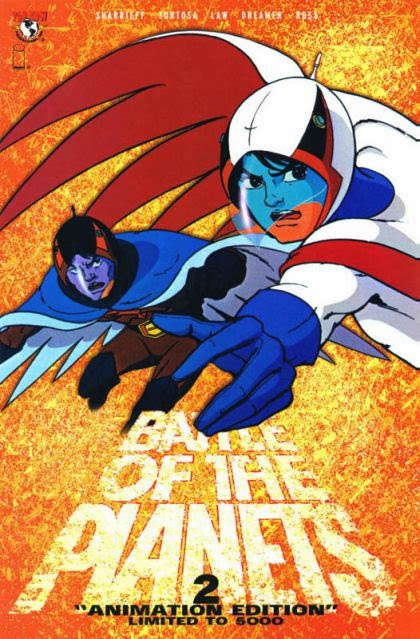 Alex Ross and others did much to revitalize the property in the hopes others would follow suit. I know I certainly did. Sadly, I was in the apparent minority.

This new comic book series (2002-2003) was initiated but cancelled after an ephemeral twelve issue run due mostly to weak sales. Unsupported a two-part wrap up called Endgame also never saw the light of day. The Sci-Fi Fanatic weeps. 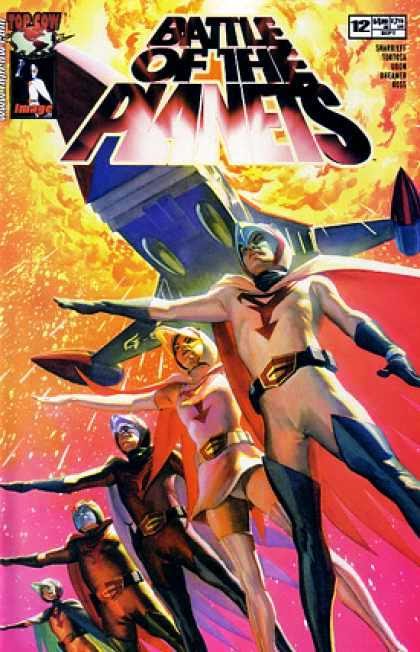 I recall vividly having difficulty finding these inspired books even in a local specialty comic book shop. I would often arrive only to find one copy and if I didn't get it I was shit out of luck as the saying goes and had to pursue other avenues around my state. And if there were slim pickings of maybe two copies and one was bent or stapled wrong, which generally wasn't the case thankfully, again luck of the draw. But honestly thank God they carried the Top Cow Battle Of The Planets books most of the time. 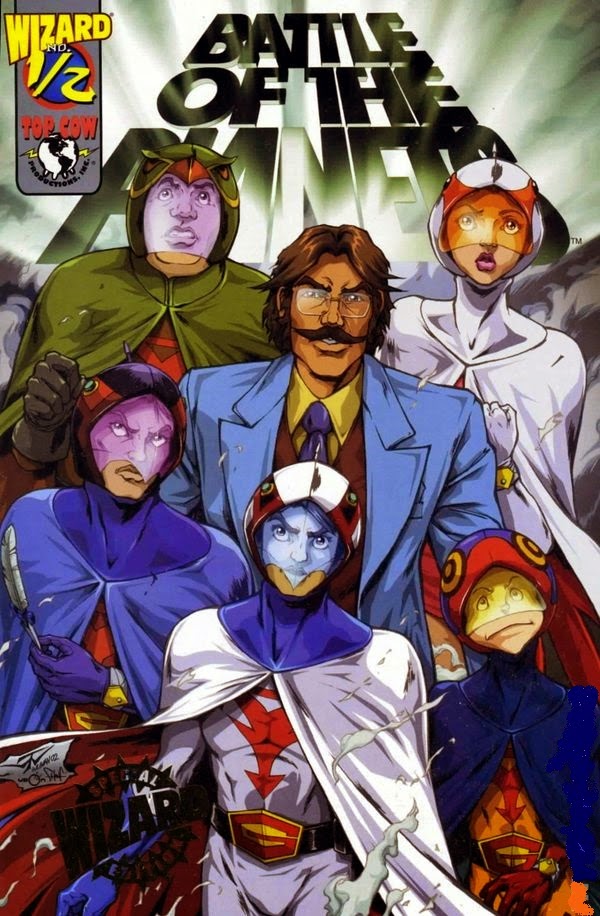 In fact, after the twelve issue run ended what followed became even harder to find. Memory failed me and I had to go back to my own collection and look to see if I did manage to obtain one copy of everything. Well, I'm missing about three variant covers roughly. I took snapshots of all the books I do have to share with you today rather than attempt to round them up off the Internet. It's always hit or miss out there. I even tried to purchase alternate covers and so forth when they were released because, like many comics, they were big on those alternate covers to increase sales. Hey folks, I did my part. unfortunately, it still wasn't enough. 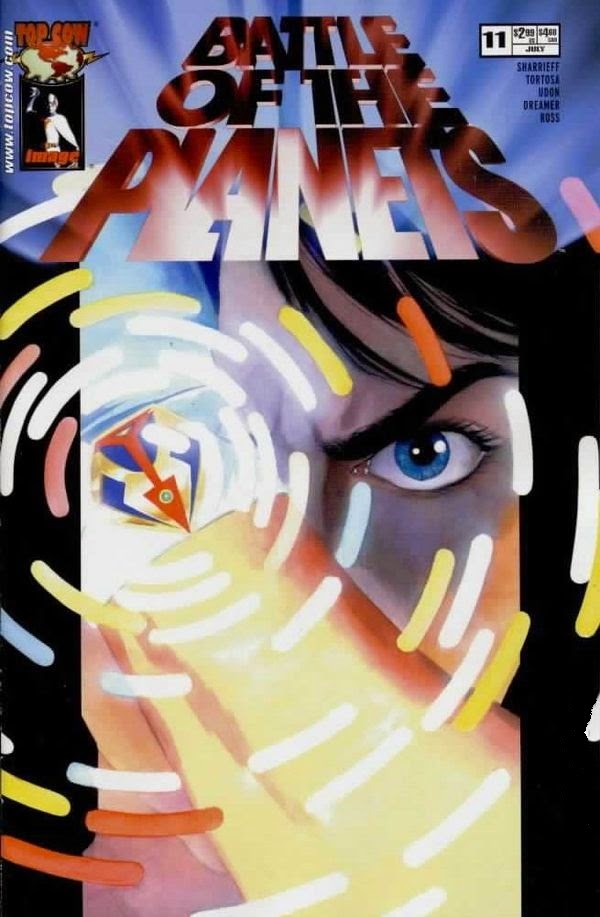 Following the end of Battle Of The Planets there was a six issue limited run of a Princess series focused on the G-3 character. There were a handful of one shots which included Mark and Jason. Who knew Princess would be the go to character for a limited run? Still, you can see where her underdeveloped character could make things interesting especially in a new world of female empowerment. There were a handful of crossovers with Witchblade and Thundercats (two issues), the latter two of which I could care less about, but I had to have my Battle Of The Planets fix at all costs. Okay, maybe not at all costs but a good effort was always made. Who would have thought to crossover with Thundercats? Snarf Snarf Bizarre! 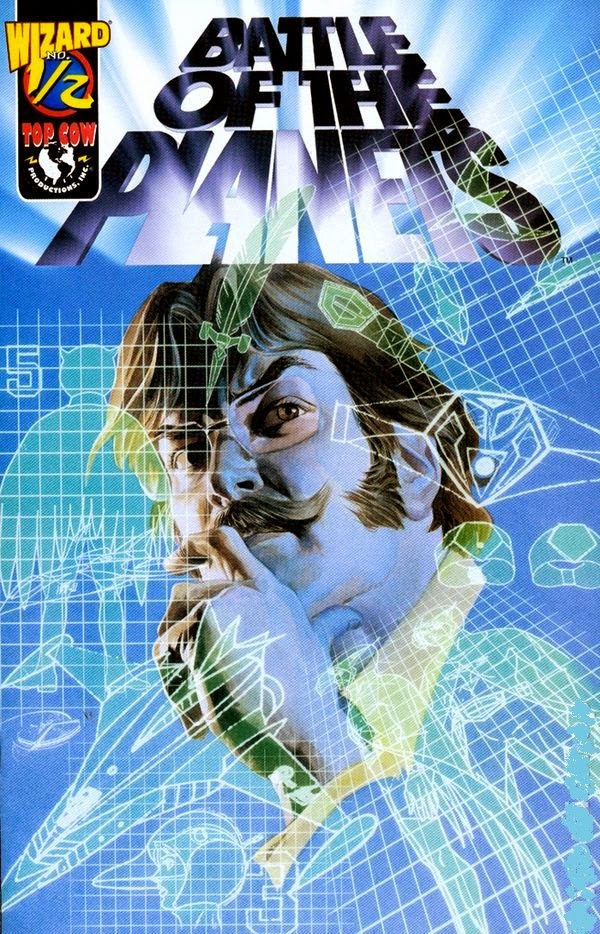 There was also a three issue Manga version released and one Battle Book. It seemed the more random these titles became the more difficult and elusive they became to acquire. Several compendiums followed releasing these many titles in book form. Most can be pinpointed still, but will likely become scarce.

Despite grievances by many toward these releases missing the spirit of the original series and its characters, I applaud Top Cow comics for at least reinvigorating a childhood favorite, giving it a go and doing so in brilliant fashion. I'm sorry to see it didn't endure longer and that more fans weren't on board. Oh well. Honestly, whether its films (the live action Ghost In The Shell) or comics there is just no pleasing some generally miserable sods out there. Sadly some people would just prefer to see things fail. Personally I remain open to interpretations and translations. We'll always have the originals. 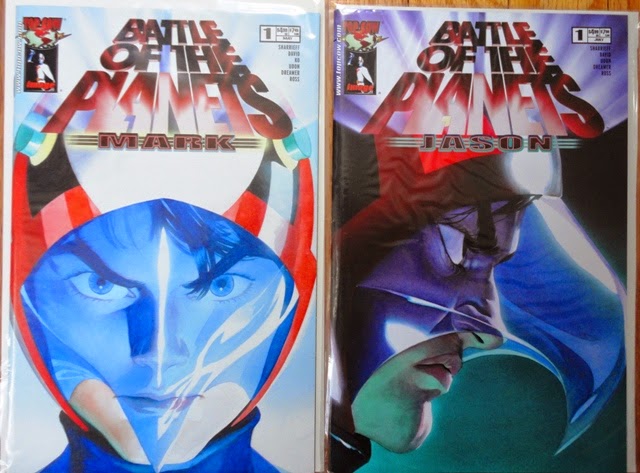 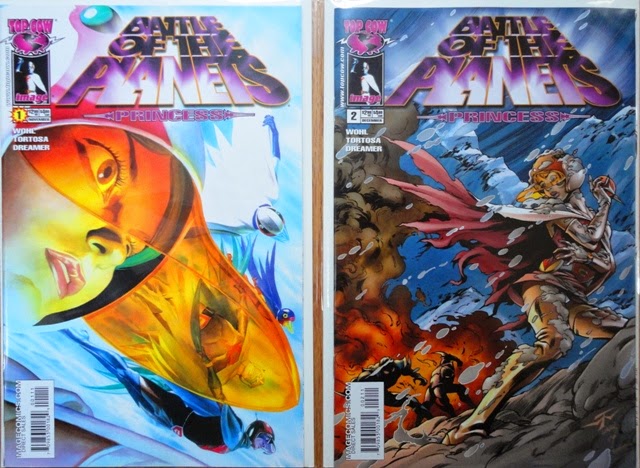 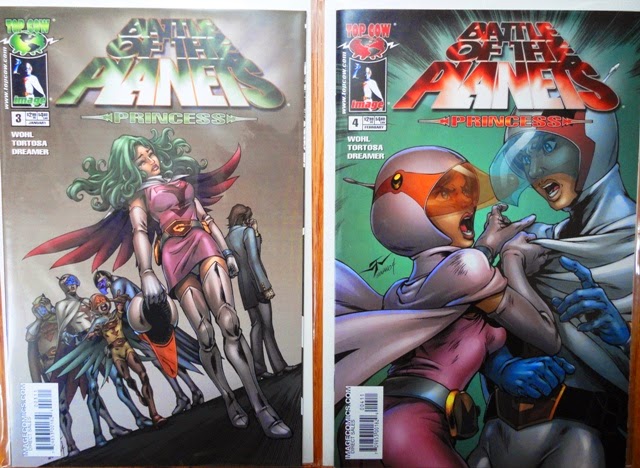 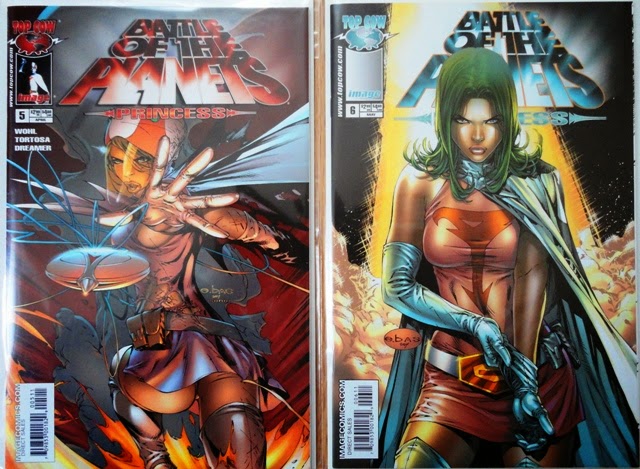 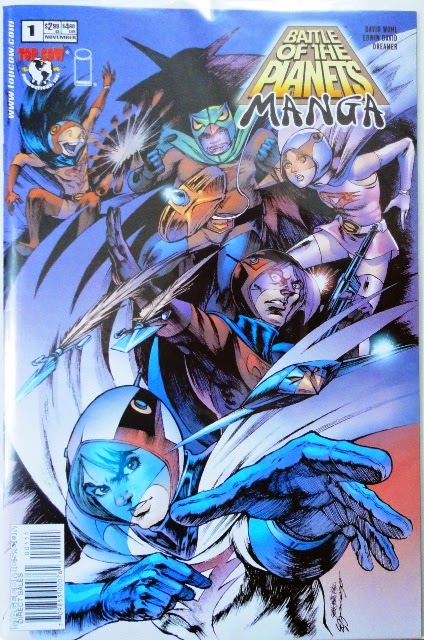 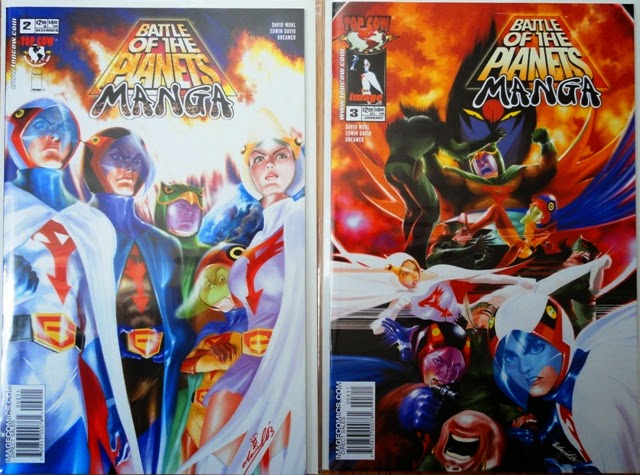 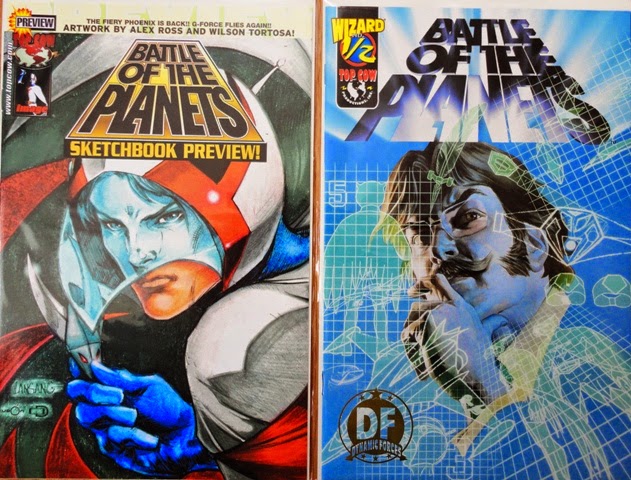 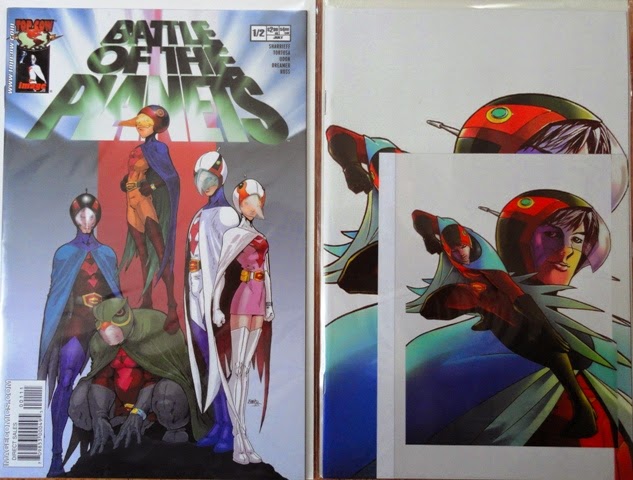 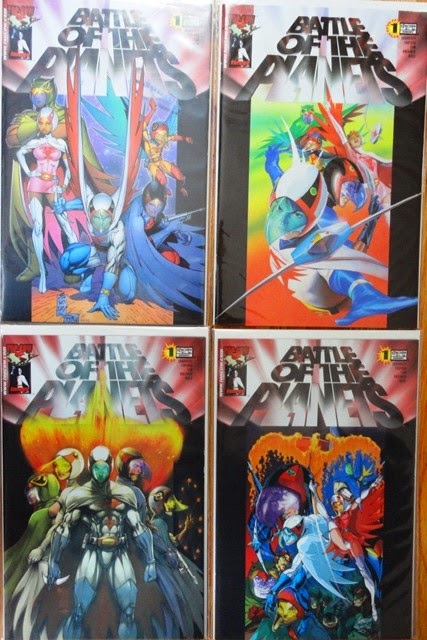 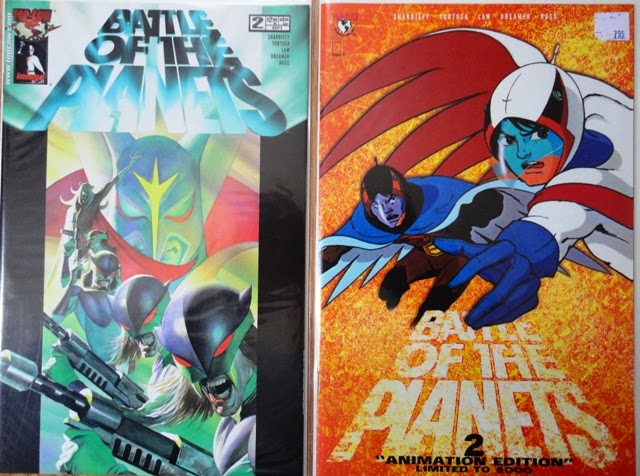 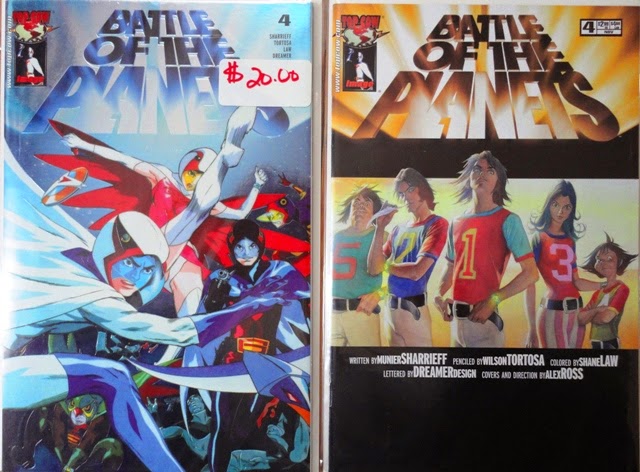 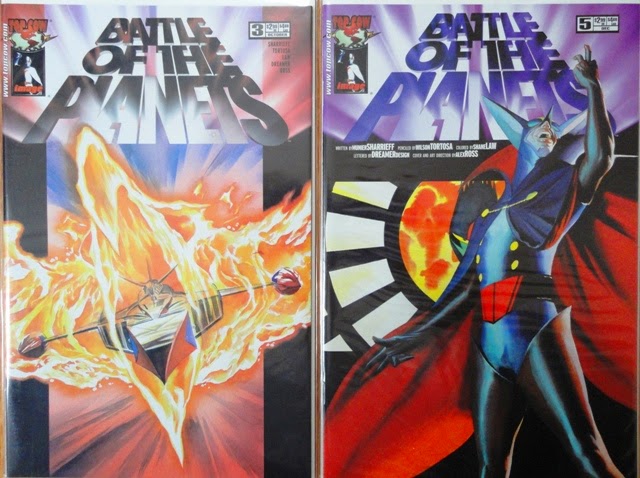 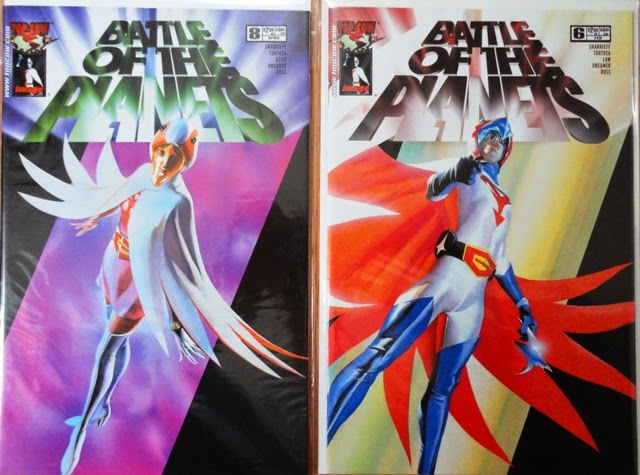 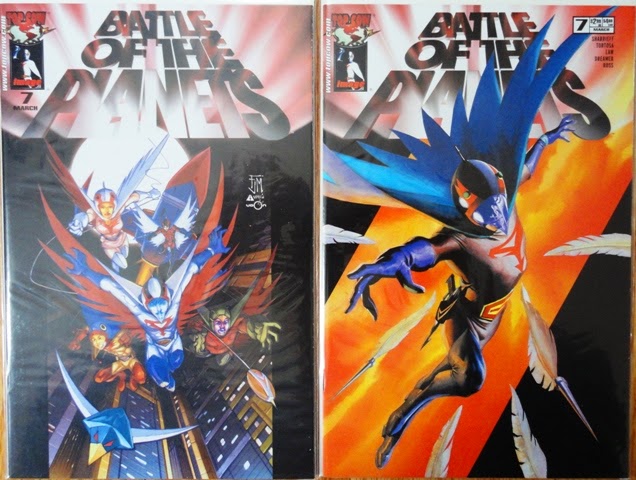 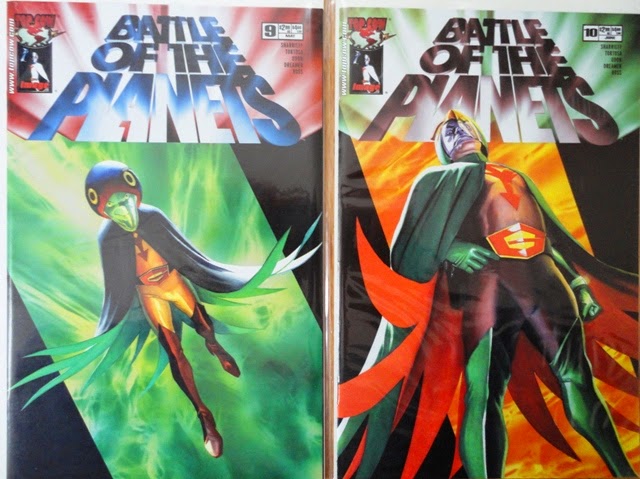 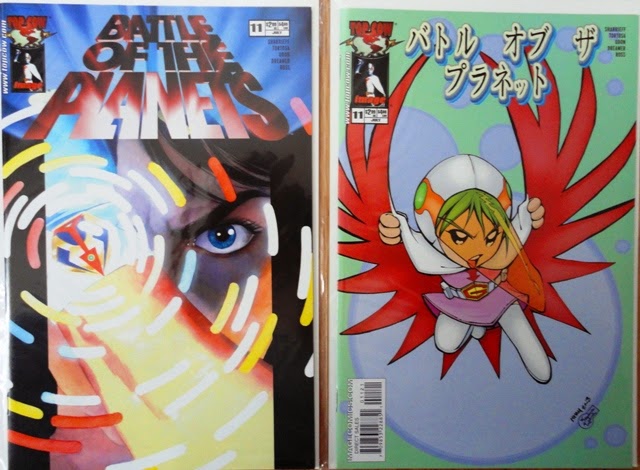 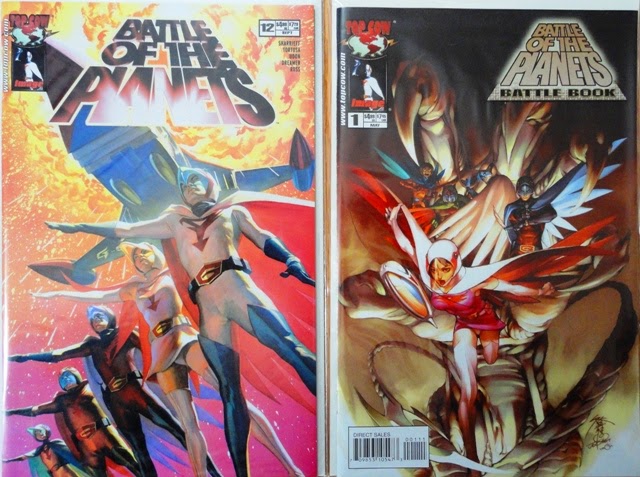 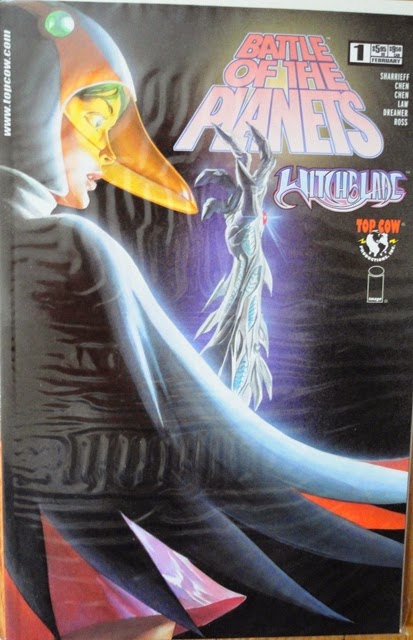 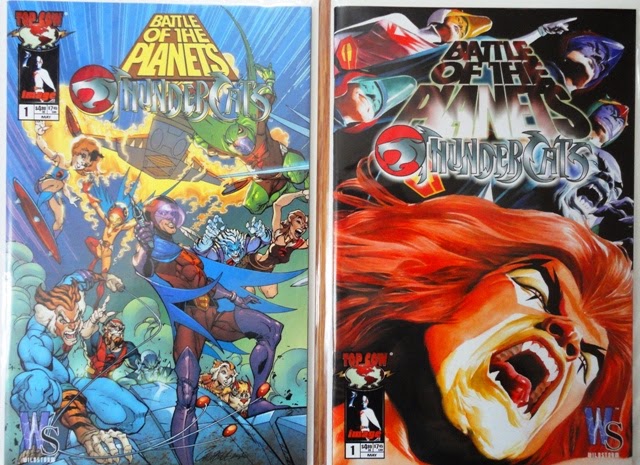 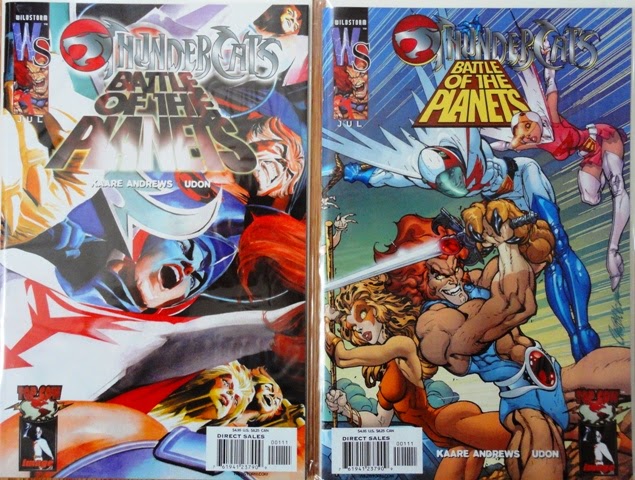 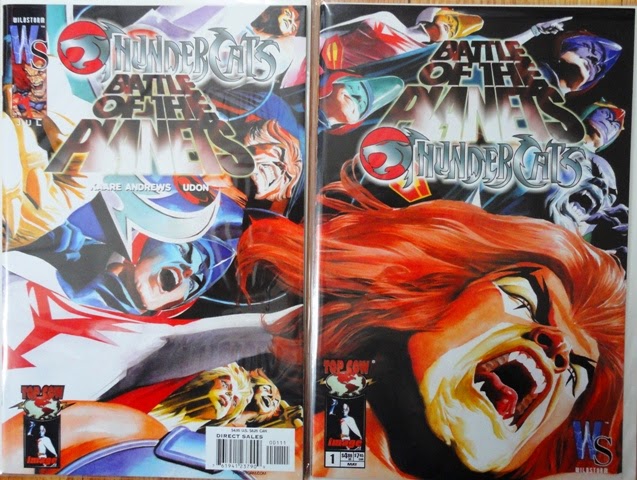 Okay this one isn't real, but how cool would a Brave And The Bold with Battle Of The Planets have been? 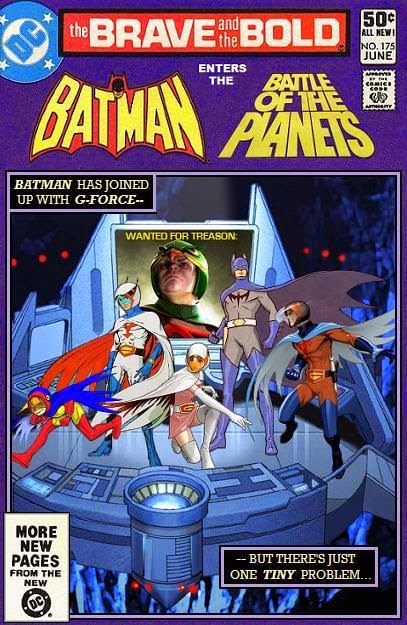 Holy moly, Battle of the Planets meets The Thundercats! Now there's a match made in heaven! I'm such a Thundercats fan...I still can't believe they haven't made a Thundercats movie yet...it just doesnt even make sense. I'm so certain it would be a sure fire success!

Maybe I have to give Thundercats a look. It never interested me as a young person. Go figure.

Neither did He-Man or Transformers. Blech! Ha.