"... Sci-Fi had to popularize to survive. Now, the vast majority of top ten films in a year have genre bents, although the literary side of the genre is still more or less ignored by the mainstream, until it gets made into a film. ... I'm not bemoaning the fact that the genre is more popular than ever, I just hope that it isn't subsumed by its own popularity, made into something that doesn't make sense. Rather than disparage the old films for being kitschy and campy, we should look to the lessons that they can teach us about quality entertainment production, lessons about what makes sci-fi great. Sadly, they seem to have passed us by the first time around." 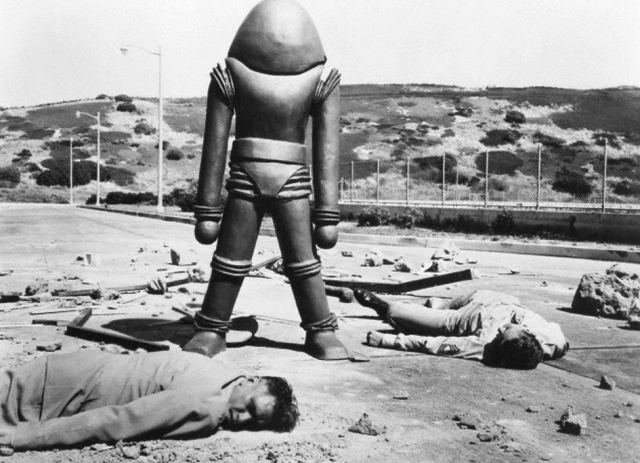 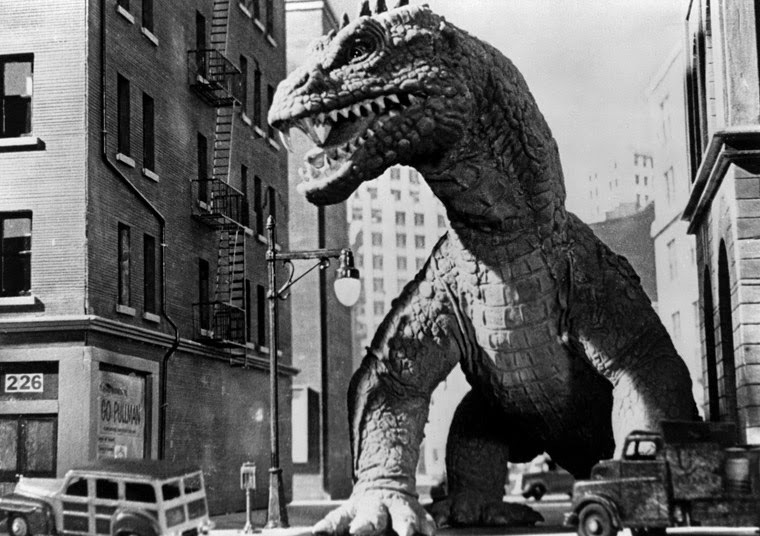 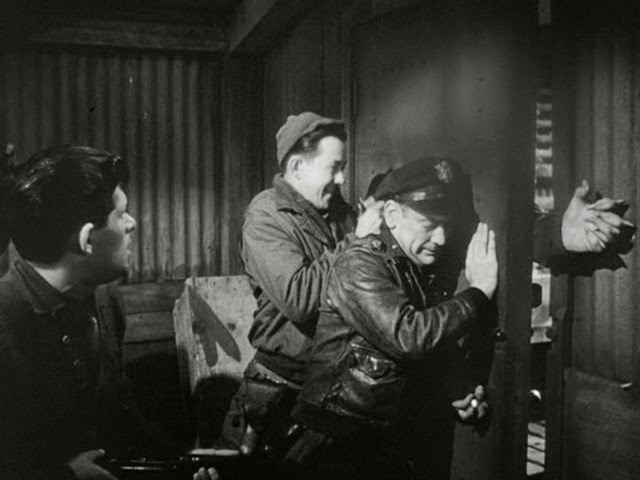 This is a great opinion piece and the fact of the matter is it spoke volumes to me. It speaks directly to the crap that is churned out by Hollywood year after year with but a mere sampling of quality science fiction films to occasionally rear their ugly, but oh-so beautiful heads. It's extremely hard to find the quality works any more. They exist, but they are few and far between and we have to look a little harder for that minority view. 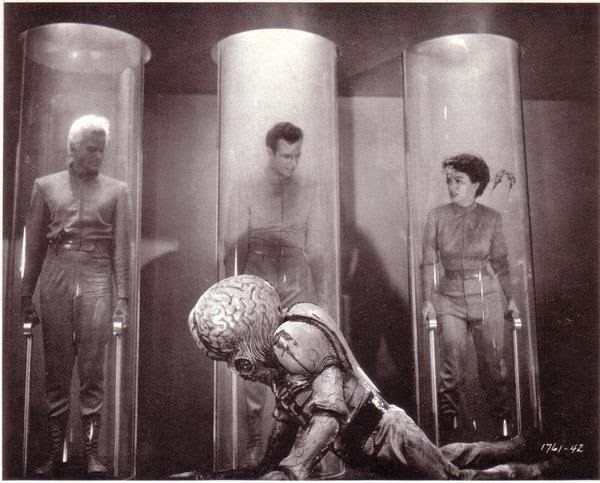 The above excerpt is from a refreshingly sharp essay by Rundle and a quote worthy of sharing here on Musings Of A Sci-Fi Fanatic.

Sadly, even at SciFi Now, the very place Rundle is employed, it is overrun by the latest and (not so) greatest superhero adaptations for both TV and film. The website itself is populated by a glut of superhero-based, comic-centric "sci-fi" and it is positively staggering and also a mind-numbing bore to read, of course that's entirely relative. Personally, I've simply had enough of it all. It's not to fault the publication either because it's covering what is up and coming and what is out there and clearly what is popular and making money. 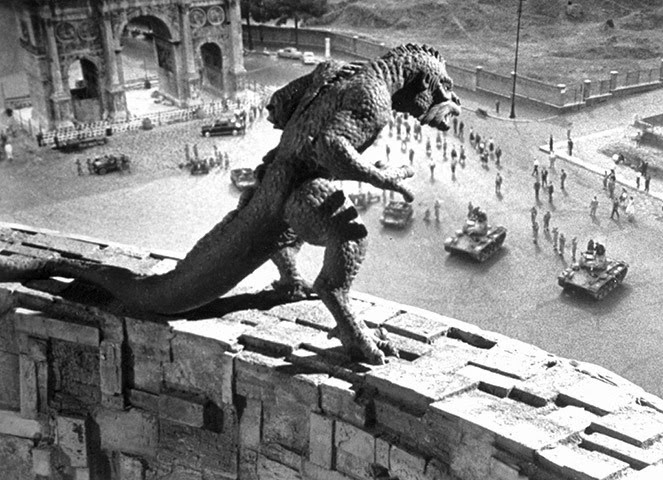 Unfortunately the science fiction coverage today is hardly mentally stimulating. It's certainly not of the old school variety.

Caring about the title of the new Terminator 5 film as "stupid" (Terminator 5 New Title Sucks) is just one example of web site coverage. Who cares? Have we devolved to the point we watch the minutia play out like this? Are people so disconnected from the disastrous state of the world they would rather expend energy on the title of a sci-fi film or the skin color of a performer for a given part? It is positively astonishing. I mean is this where we are? Because I guess it is.

Do you remember when science fiction was about big ideas - when exploration, good or evil, opened the mind to possibilities you never dreamed of. Well, thankfully those films still exist but they are clearly in the minority. It's just refreshing to hear an opinion like that of Rundle's that shows a little respect for the past. 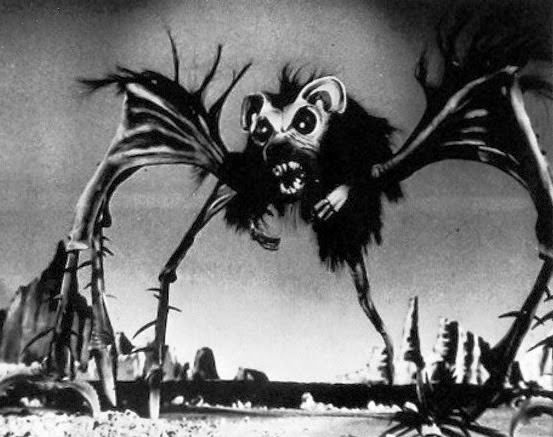 In the meantime the proliferation of up to the minute communications on the web allows for folks to expound ad nauseum upon the latest and the pointless.

Has anyone here seen the final shot at the end of your latest Marvel movie?
Of course you have! Aaaaarrrrrgggggghhhhhhhh!
Posted by SFF at 11:58 AM

Yes, I think a large part of it is the web. Back in the past you might have thought certain things, but it ended with the thought, unless you shared it with a close friend, or over the water cooler at work. Now you can read about the most trivial things over the web. The same can be true for TV.

I have to admit, I'm getting a bit superhero-ed out. I saw the other day where NF has a new Daredevil in the works, and wondered if we are getting over saturated with this stuff. I guess when the majority stops watching they'll stop making. Demand seems to drive the market place, so I don't think we are there yet.

Very well said, SFF– I'm tired of masterworks like THE TWILIGHT ZONE, PLANET OF THE APES, FORBIDDEN PLANET and the like being written off by modern audiences as "campy" or "corny," whether in reference to special effects or acting style or budget. At its heart, science fiction is philosophy-as-future-fable, and it was keen minds like Bradbury, Serling, Vonnegut, Burgess, Asimov, and many others who elevated it to a socially perceptive art form. Clarke's sense of grand alien wonder, Haldeman's analysis of war, LeGuin's of gender, and Dick's of paranoia, for instance, are seldom (but not never, thankfully!) found in the mainstream sci-fi of today. Alas, the next $300 million blockbuster will not be adapted from UBIK, RENDEZVOUS WITH RAMA, or DHALGREN...

Thank you both for the additional thoughts on the subject here.

I have to give credit to Rundle for really stepping outside of the box on his opinion piece. I should also give kudos to the magazine for at least permitting space for historical content and material outside of the spotlighted superhero sci fi. Ugh.

The Joker Comes To Gotham.
The Librarians For Season Two
Photos: Gotham's Red Hood
The Flash's Ronnie Raymond Is Firestorm!
Sleepy Hollow's Awakening
Gotham's The Blind Fortune Teller
Brandon Routh Is The Atom
Gotham's The Scarecrow
and the list goes on.

This is not science fiction folks.
And it goes on. Painful.