"Live long and prosper."
and
"Fascinating."
I knew the day would come one day, but I never prepared myself for how crushing that feeling would be. It's kind of hard to accept.

Leonard Nimoy (1931-2015) passed away today. What more can you say about this great and influential actor who gave us the iconic Mr. Spock and affected generations through three seasons of Star Trek (1966-1969)? I have no words at the moment.

Honestly, that's all I have for now. There is no breadth or scope of words to do this man justice. Though it feels a piece of us is lost with his passing we have gained everything and more from his contributions. 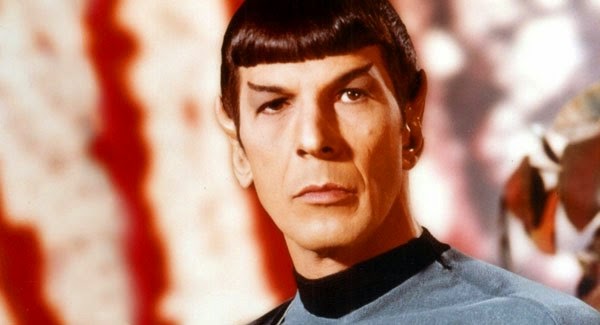 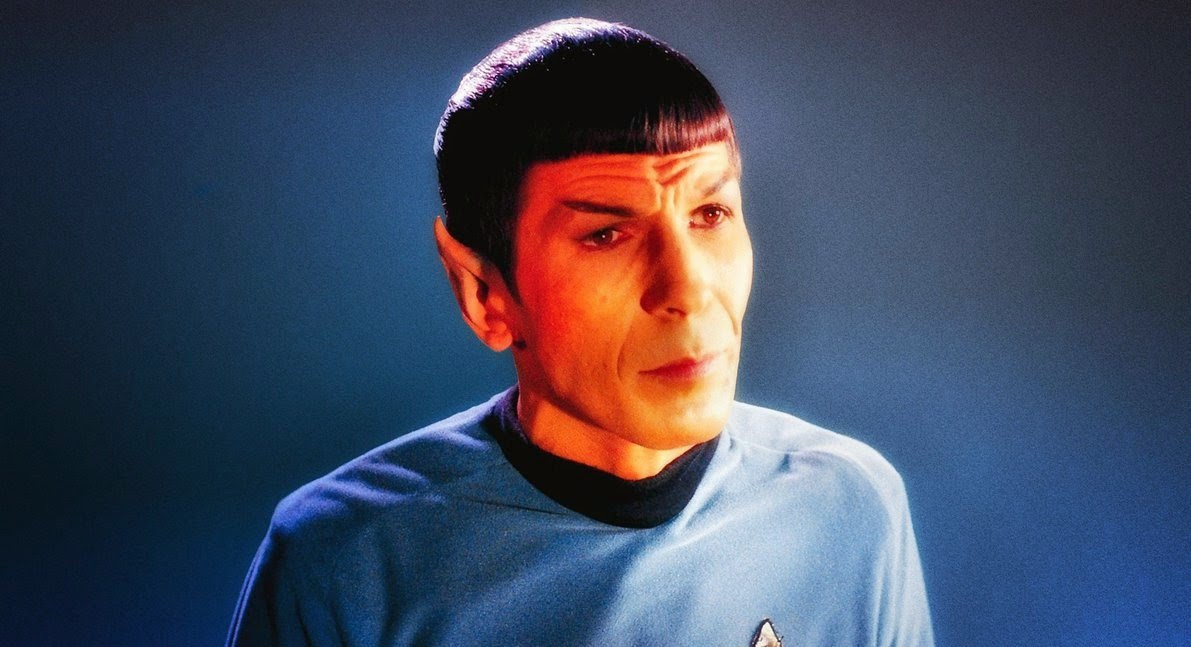 So gosh, now that I've had a little time to compose myself, it's still hard to believe Leonard Nimoy is gone.

It seems like yesterday I was catching him on Fringe (2008-2013) as Dr. William Bell, and well it was pretty much yesterday.

In the last many months there were hints and signs of Nimoy's failing health and I was indeed concerned this day would arrive sooner than any of us would want for those we love. Nimoy was indeed one of those people.

On a personal note I can tell you that some of my fondest memories was having dinner with my grandmother and watching Star Trek in syndication in the 1970s. The two of us adored the characters. And when Spock offered his often sage analysis my grandmother and I would look to one another and essentially nod in agreement as if to say and confirm, "you see there, Spock knows all." 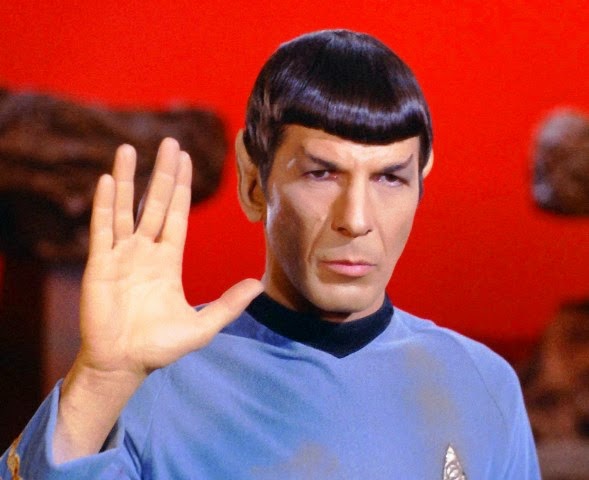 Star Trek (1966-1969) has sometimes been derided for a lack of character development for its ensemble cast, but that certainly doesn't hold true for the triumvirate of Spock, Kirk and McCoy. If ever characters were given multi-dimensional care in performance it would be those characters. Mr. Spock was a big part of Star Trek's success and the character was indeed one aspect of the series that made instant fans fall in love with the show. Leonard Nimoy was the reason Spock was so unforgettable. Under that cool, clam exterior was a half-human, half-Vulcan bubbling with conflict and emotion underneath it all. Nimoy conveyed in a meaningful way to everyone what it meant to be alien and to be accepted for his unique qualities despite being different. 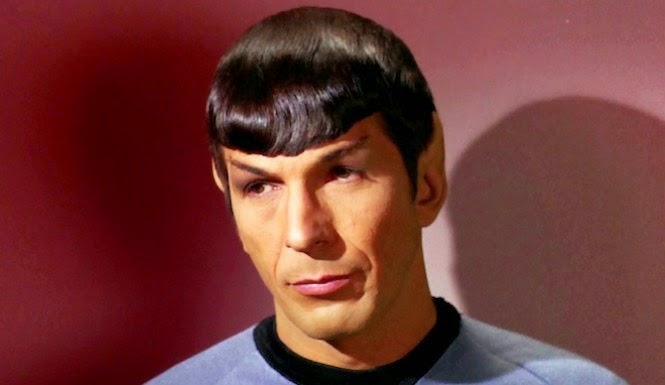 I know Nimoy once penned I Am Not Spock (1975) in an effort to differentiate himself, the person and actor, from the beloved character, but with some soul searching and acceptance and some time away working on projects like the wonderful In Search Of (1977-1982) Nimoy returned with I Am Spock (1995). It speaks volumes for all of us who simply couldn't separate the character from the man. Even Nimoy realized resistance was futile and embraced it. Of course Nimoy was much more than Spock, but he was also Spock and gave everything of himself to that character and we connected with him more profoundly in just three short years than we do many characters that remain on television for far longer. Spock was special and Leonard Nimoy made him special. There was something about the message and the sincerity of those beliefs that transcended short term memory. This is why the character prospers. This is why Nimoy will be missed. He will forever live long and prosper in our hearts and minds. Leonard Nimoy was 83. 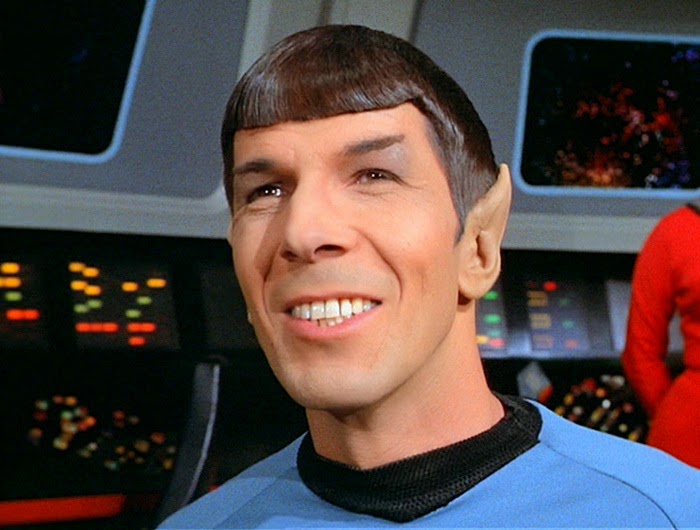 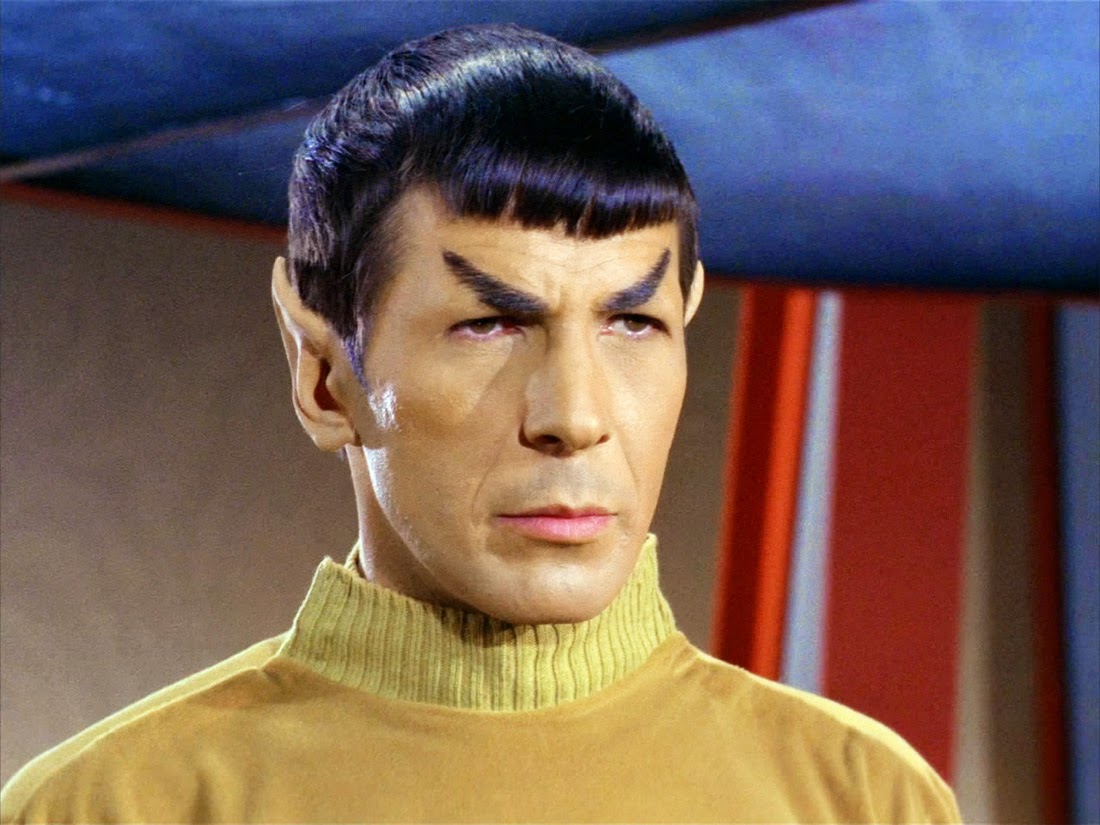 A science fiction selection of Film and Television highlights:

Apart from narrating the introduction to the Omni Theatre shows at the Mugar Omni Theatre in the Boston Museum Of Science where he talked about growing up just a few blocks from the museum - I always loved hearing him in those intros - these are some of Nimoy's career TV and Film highlights.

My look at Leonard Nimoy's I Am Spock autobiography here back in 2008.
It offers a nice synopsis of the man's fascinating, to borrow a word, life. Gosh, we'd all like to live forever.
Posted by SFF at 12:53 PM

It's truly a sad day; thank you for posting this thoughtful tribute. As McCoy says in WRATH OF KHAN, "He's really not dead, as long as we remember him."