So I Attended Church Today 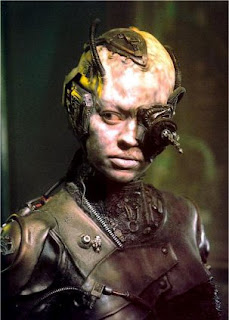 I woke up. I was drinking the java. I was filling out bills. I was doing the normal routine, mundane things we do in this life and of course everything is all that much more enjoyable with a cup of joe, even bills.

Well, The One To Be Pitied says, "We're off to church." I'm like, "Here's a check. Pray for me." She replies, "I have faith you'll come." Nothing like a little holy pressure from the big man working through The One To Be Pitied. Well, I grab my bike and ride there. It took me about two minutes. I arrived to the sounds of the congregation singing. It was pretty nice actually. I don't go often. I should, but I'm like a bench player, a utility man, a recurring character, if you will - you know what I mean.
I went inside. Some of the older folks know me. They are sweet. They were smiling. I got a few winks. I winked back. I grabbed a book and started singing along. It's really a lovely group of people.
A short bit later, the sermon begins. The theme had to do with Kindness To Strangers. Our pastor, a lovely woman, began speaking of the tornado ravaged mid-west and a town called Phil Campbell. I hadn't heard the story. Apparently, the town of Phil Campbell, Alabama inspired men [19 men, 1 woman named Phyllis] from across the globe of the same namesake, to come to Phil Campbell to help them in any way they could. How about that? Phil Campbells came to Phil Campbell. She talked of our unified strength and the differences we can make big or small. 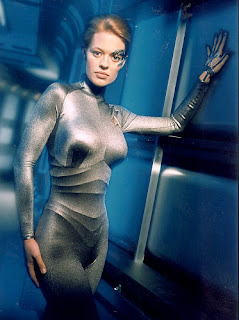 She began using the New York Mets as another example. Baseball always gets my attention. She added more about the New York Yankees and the Boston Braves. I thought, "this is incredible." I turned again to look around.
Things got really interesting when the words STAR TREK: THE NEXT GENERATION exited her mouth. I had to look around for a minute. It was surreal. I'm at church and we're about to use Star Trek as part of a life lesson in today's sermon. "Have I died and gone to heaven?," I thought. Is this for real? Am I on Candid Camera? What next Farscape?
She spoke of the Borg and how through assimilation beings are brought into the collective. I sat quietly nodding in agreement. Yes, yes, go on pastor I'm listening. You are right, I like you more than I ever knew. She brought in a Christian spin to her analogy contrasting how we join in union as a collective to achieve great things, but that we retain our own uniqueness and personalities and souls as individuals unlike the Borg. Yes, "I'm so with you" I thought. Honestly pastor, you had me at Borg!
It was terrific and refreshing. Okay, maybe it wasn't Star Trek: The Original Series, but close enough. I glanced over at The One To Be Pitied who looked at me with bug eyes. She understands what excites me. I leaned in and whispered in good humor, "Boy, glad I came today." She did all she could to hold in her laughter.
It was indeed an inspired visit to the local church. As greetings were extended and I exited bidding goodbye to our fair pastor I told her, "Pastor, great sermon today. Any sermon with the New York Mets, current events and Star Trek: The Next Generation is a classic in my book." She laughed and smiled and today it seemed like we knew each other just a little bit better.
The One to Be Pitied told me, "See, that's God." Maybe so. I understand people question faith in all forms and some don't believe at all, but if there is a God, he was speaking to me today and by gosh he was using the dreaded Borg to do it. Clever.
Posted by SFF at 11:59 AM

Wow, now that's a sermon I can relate to. And if you tell me the pastor looks like Jeri Ryan, then I'm moving to your parish... like today! Great experience to share, my friend. Thanks.

She's a pretty lady but Jeri Ryan is so incredibly hot it's impossible to challenge her major hotness. : )

First, I think Jeri Ryan is hotter now then when she was on Voyager. She just looked silly in Voyager. She was recently on Law and Order: Criminal Intent and she looked great :)

Three, hey, I'm a firm believer that faith and church are INCREDIBLY seperate ideas. Belief in God is not limited to a physical building. However, a church CAN be a good way to find faith IF the church has the follower's best interests at heart (and you'd be surprised how many don't).

I believe in a higher power, not sure if it is God yet, but don't believe in Church. HOWEVER, I'd go to a church with a cute pastor and a TNG analagy any day :)

3. A great articulation and I completely agree. If you find both and it works for you it can be a nice combination, but it really depends on the people.

Just stopping by every now and then to check that everything is going well around here.. :)

As a non-believer myself (but with no desire to get into what could literally be a religious war), I thought it was funny that someone from the christian church would use the Borg in such a way. I'm not going to go further into it, my point was made for me way before I turned up here, but yeah, funny. :)

Have a great 4th of july and a great summer as well! I'll be by to stalk you every now and then. ;)

You know my respect for you runs long my friend.

It was funny indeed.

I look forward to my most favorite stalker. It's always great to hear from you.