The Best And Worst Episodes Of The Incredible Hulk 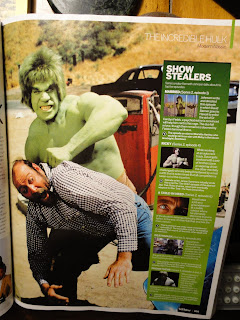 "Hulk SMASH! GRAARR!" No, The Incredible Hulk never spoke in the TV series and has yet to speak in the films as of this writing, but damn he had a thing or two to say in those comic books.

A five episode Best and Worst list is a pretty flimsy list with all the seasons The Incredible Hulk [1977-1982] enjoys to its credit.

However, this is SciFiNow and I am grateful for the pictures and the food for thought when it comes to my beloved science fiction and a nostalgic look back at the good old days of 1970s sci-fi. 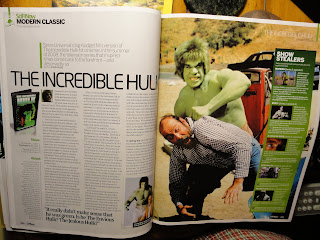 How many of us loved to recite the line, "Don't make me angry... You wouldn't like me when I'm angry?" Yes, we're all raising our hands now. Honestly, Bill Bixby WAS David Banner (television took artistic license to replace Bruce Banner with David Banner). We loved that David Banner got angry and made short work of all the bad guys when we couldn't. He spoke for puny humans everywhere and for five seasons we cheered for Bill Bixby and his alter-ego in The Incredible Hulk every step of the way. It was good versus evil to us, but there was something far more complex at work within the character Bixby made his own. 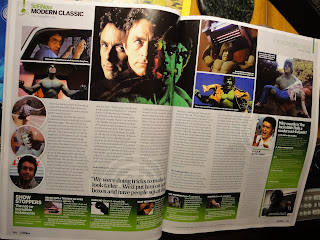 Bill Bixby was easily one of my favorite television actors, along with Lee Majors (The Six Million Dollar Man) in the 1970s.

When I was young and my folks were divorced Bill Bixby spoke to me as a father figure in The Courtship Of Eddie's Father [1969-1972] as Tom Corbett. His words of encouragement. His words of understanding and warmth for his son Eddie were indeed sincere. His gentle smile and his patience were all things that spoke to us when perhaps we all felt a little alone. Bill Bixby was my kind of guy.

When Bixby took on the role of The Incredible Hulk I was thrilled. In fact, I'm going out on a limb here to say, there are few television comic book series that have been able to succeed on their own and transcend their source materials, but The Incredible Hulk, thanks to Bill Bixby, Lou Ferrigno and the producers of the series did just that. It was a series, from start to finish, all involved worked with to create a refined, but simple, 1970s mythology with a complex central figure.

This list deserves better than a Top 5, but I present to you for your examination SciFiNow's visitation on The Incredible Hulk narrowing down five seasons to just five of the best Show Stealers and Show Stoppers.

There you have it. The world of science fiction television according to SciFiNow. It's been a long time since I viewed many of these episodes, but I will be revisiting them. Stay tuned, more to come on the tragic figure that is David Banner as brought to life by the incredible Bill Bixby in The Incredible Hulk.
Posted by SFF at 9:37 PM

Another list from Sci-Fi Now as a great starting point on a conversation about a beloved series, in this case The Incredible Hulk.

I don't remember as many episodes of Hulk as well as I should, but I can attest that I agree strongly with one title each on the best and worst list.

"Never Give a Trucker an Even Break" is the episode that recycles, endlessly, footage from Steven Spielberg's Duel. It's pretty bad. I can't watch it and pay attention to the plot because of the stock footage.

and "Married" is my favorite episode of the series. It is emotional, intimate and heartbreaking. Mariette Hartley is great in that show. Earlier this year (or last year...) I picked it as my Hulk "cult tv flashback." I enjoyed seeing it again very much.

As for the rest of the titles here, I need to brush up on my Hulk a little, but I'm sure glad I have SFF taking a look back at impressive and high-quality TV work of Kenneth Johnson.

I agree. It gets the juices going to look back at some of the best from a terrific series thanks to KJ.

I too really remember vividly Married and it would have ti be one of my very favorites. I look to revisit it someday.

I look forward to looking at your Cult Flashback because I must have missed that one along the way. I'll be sure to check it out.

Boy Elgart. I agree. It is a classic. The Pilot film has all of the necessary build and human elements that all of the CGI-driven films lack. Bill Bixby drives home the tragic tale with his performance. There's loads of terrific drama in that Pilot and it's all very well-executed for a first outing.

To me, it stands head and shoulders above the "new era" films.

It's all about Banner for me. The raging monster is terrific and the way that creature is handled in the series is damn near poetic. Thanks for stopping Elgart.

"The Fugitive" with David Janssen is what inspired the Hulk series.

This is a great list. Married is an instant and touching classic. May I suggest "The First" with an evil skinny Hulk?
- Maurice Mitchell
The Geek Twins | Film Sketchr
@thegeektwins | @mauricem1972

Thanks Maurice for the recommendation of Season Four's Te First. It's been awhile so I don't remember it. I look forward to it after looking into it... and I see its a two parter.

You have to believe there is more than just five BEST episodes from The Incredible HULK. I'll be making my own Top 10 one day myself. I'll look forward to seeing your list.

Osias... it certainly makes sense that The Fugitive would make such a fine template for The Incredible Hulk. Thanks for making that point.

At least one writer who worked on both series recycled his old Fugitive script as a Hulk episode. Anyway, here's my choice or the five best/worst Hulk episodes.

I look forweard to seeing where I fall with my own one day.

And you're right, Final Round is pretty pedestrian as scripts go. Nothing too "awe" some about it.

it was interesting to see a little crossover with the list in the post, supported by a healthy dose of your own favorites and dislikes. Cool. Thank you. SFF

Thank you for your articles about "The Incredible Hulk" Television series! I love that show. I always watched it during my childhood in France.

Thank you for your blog,

Thank you Silver Screen for writing. Glad you are enjoying them.

All the best,
fellow Hulk fan

As a Die-Hard IH TV Series fan, I would also put "The First Parts 1 and 2 as one of the best episodes.

I agree that "Married" was excellent, and sadly prophetic, as it would foreshadow portions of Bill Bixby's later years.

BMM - so right. How do you not include Part II?
Incredible, sadly, life imitating art a bit there. Sure do miss the Bixby!

OK, "747" probably doesn't rank up there with the best, but it has one of my favorite scenes ever-when the guy on the plane opens the restroom door,only to come face to face with the Hulk. Guy slams the door, then....goes back for another look. Hulk is still there,so he goes back to his seat thinking he's lost his mind. I guess what is so funny is that the Hulk doesn't freak out and grab the guy by the neck-he just gives him this,"Hey,man, do ya mind?" type of growl.

That is solid scene in 747.
INCREDIBLY amusing! Thank you.