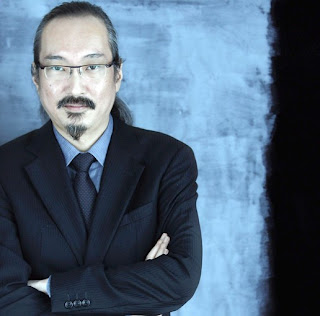 Anime Director par excellence and more importantly filmmaker Satoshi Kon passed away on August 24, 2010. Kon is best known as a filmmaker working within the world of anime-styled animation. His love for the art form resulted in a loyalty to animation through a studio group dubbed Studio Madhouse. With anime as his genre of choice, Kon was very much a director of film and story with a handle on narrative structure, some linear and some non-linear, combined with fluid, colorful animation that held him in acclaimed company. He had a handle in anime that placed him squarely amidst the talents of Hayao Miyazaki [My Neighbor Totoro, Howl's Moving Castle], Mamoru Oshii [Ghost In The Shell, Patlabor] and Isao Takahata [Grave Of The Fireflies, Only Yesterday].

Like many anime directors, Kon first honed his craft by cutting his teeth, concepts and ideas within the medium of manga. This eventually led to scriptwriting. His work led to a collaborative film called Memories whereby Kon provided script chores on Magnetic Rose. His directorial debut came with Perfect Blue [1997] followed by the gorgeous Millennium Actress [2001], Tokyo Godfathers [2003], Paprika [2006] and a TV Series called Paranoia Agent [2004].
* 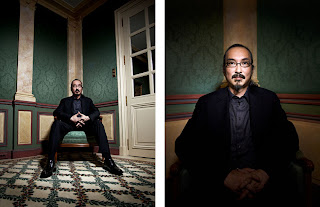 Kon's ethereal, lovely production, Millennium Actress, is a particularly moving, dreamy tale. It remains a favorite that I hope to post here soon as a tribute to the man who clearly left the world of animation far too soon. Kon died following a battle with pancreatic cancer at the ripe young age of 47. Anime and film lost a very special artist that day. He was a man who told stories and ideas through beautiful images and color. This is one of the things I most admired. He may not have reached the largest audience, but it says nothing of his bold and beautiful work and contribution to cinema.
*
"With feelings of gratitude for all that is good in this world, I put down my pen. Well, I'll be leaving now." -Satoshi Kon-
*
If those aren't the words of a class gentleman -then I don't know what are. Make the most of your life, because Satoshi Kon is a prime example of just how fleeting and fragile it can be.
Posted by SFF at 4:54 PM

This is a great tribute, SFF. I haven't seen any of his work, but if his talent was in the Miyazaki, Oshii, or Takahata range, then we've lost a giant. I hope to catch up with his work soon, and I look forward to your future post on Millennium Actress, my friend. Thanks for this.

Thanks L13. I certainly haven't seen everything by him, but I've seen a few films and the quality of his work ranks among they the heavyweights.

I definitely will do that Millennium Actress. It's a beauty. Thanks my friend.