Battle Of The Planets Ep21: The Musical Mummy

"Crazy Music." -Keyop-
"Yeah, it's weird." -Mark (not at all referring to the always memorable, fantastically bold score by Hoyt Curtin and Bob Sakuma employed for the stateside series)- 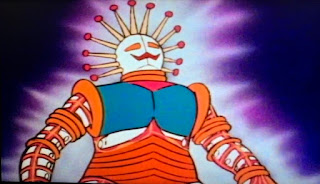 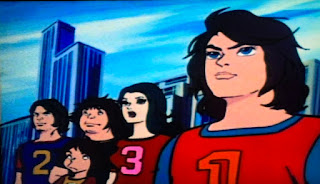 Before deep diving into our latest entry, Battle Of The Planets, Episode 21, The Musical Mummy, we look back at a little Tatsunoko Studios animation history.
As noted in our previous entry, Episode 20, Magnetic Attraction, president and then producer of Science Ninja Team Gatchaman (1972-1974; 105 episodes), Ippei Kuri, discussed the difficulty of obtaining quality animators for the series. 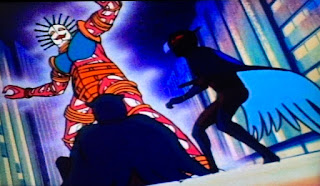 Indeed the images and drawings for Battle Of The Planets (1978-1980; 85 episodes) are truly awesome at times. The art/cel work itself is simply gorgeous. Animators were always initiating thick black lines and a great use of a vast array of colors and shades.
In Newtype USA (August 2004) in the article Inside Tatsunoko Production, Kuri discussed what the Japanese animator was up against when it came to budgetary restrictions and cited Disney as a contrasting example of the American methodology versus the one necessary for animating in Japan. 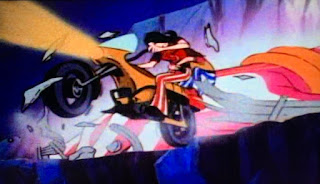 Kuri accurately explained the contrast. "America had a history starting with Disney that used lots of frames, just for the mouth movements" (p.22). Kuri remarked that such an approach on the mouth would have chewed up the Japanese budget in no time by using up a fairly finite number of cels. Kuri notes that Disney's success was in its ability to create motion. The lower cel count used in anime unfortunately limited movement. Kuri explained that in Japan animators had to be creative and essentially fill a given frame with loads of visual information. His interview offered interesting insight into the process. "Even when there's no movement, we have to entertain. We put in shadows or little details to allow [the pause] to hold its own. The pictures themselves are elaborate. If Disney had done that back then, it would have taken them forever to finish anything. If we could make one of the frames detailed enough, we could usually make it work for about three seconds. In Japan, we make lots of scenes where just the mouth is moving, or just the eyes sparkle. If you make the pictures really detailed, it becomes entertaining, and people will watch it." In Japan, animators achieved the desired effect. 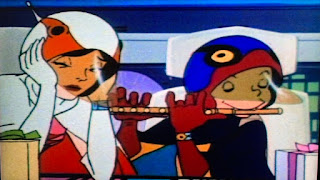 Battle Of The Planets may not always move with the kind of human fluidity our eyes would prefer, but many of its cels are glorious to behold and enjoy for any fan of art and its creative beauty. Kuri's examination explains in good detail the approach that worked so very well in the series on such basic scenes as the twinkle on Mark's sonic boomerang or singular, gorgeously drawn images during the fiery Phoenix or of any vehicle or character. The details were immense.
We continue to look back at that ace work with Battle Of The Planets, Episode 21, The Musical Mummy. 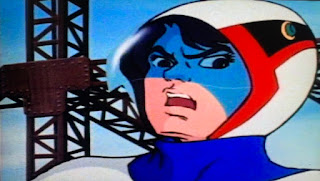 The Musical Mummy may not be one of the series finest moments but even weak Battle Of The Planets is better than no Battle Of The Planets at all.
The entry revolves around yet another poorly designed robot plan by Zoltar and Spectra as the deadly robot is controlled by a magic music flute. Huh?! Only through the sounds made by Zoltar is the Musical Mummy able to create devastation. Once the flute falls into the hands of anyone else, in this case Keyop, the Musical Mummy folds like a house of cards and explodes. What kind of villainy is this dumb? Honestly, this is one strange little episode. A scarecrow like villain transforms into Zoltar (often masking his guise). 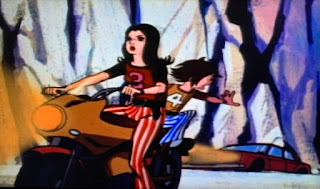 Ronnie Schell steps out of his Jason character in one scene to provide the voice of Mark. Casey Kasem must have taken a bathroom break. Honestly, if this wasn't a series created by Japanese animators one might think it was the result of stoners from the 1960s. As Mark notes, "it's weird."
But once again Battle Of The Planets is based upon and edited from an original series in Japan called Science Ninja Team Gatchaman and God bless those Japanese for placing an emphasis on scientists as heroes as they do here in this episode. Spectra is abducting them and they must be saved for they are our heroes and future. Where so many superhero series place emphasis on super powers and spandex, the heroes here are G-Force saving the brains behind keeping our planet safe. You don't see that every day. Even the intellectual giant that is Chief Anderson becomes a target. 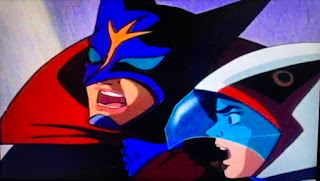 The Musical Mummy has a few interesting moments when Keyop takes control of the flute and Mark tells him to keep on "yankee doodling," but otherwise it's missing some dramatic intimacy between characters preferring to focus on the group dynamic as an ensemble piece with some considerable action moments against a modern day mummy design that is a fascinating technological marvel. 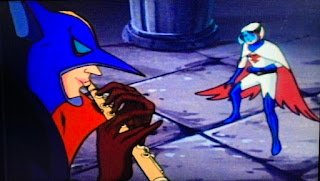 Now more times than we can count (well we probably could count) the G-5 or Phoenix was often damaged in combat with Spectra. Sometimes it appeared irreparably damaged, but Center Neptune always put the repairs back in place and it wasn't long before they were always five and acting as one again. In The Musical Mummy, Princess' G-3 Sonic Bike in civilian form crashes and is clearly a mangled mess. I can't recall how often that happened, but apparently her bike is repaired just as quickly as the Phoenix despite its fate. G-Force has quite the underrated repair team at that Center Neptune. Zark really should have provided a proper shout out now and again. 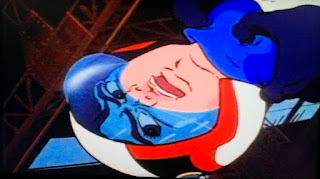 In the end, Mark declares "we can't let him escape" as Zoltar eludes their clutches yet again giving us another opportunity to see more of the team's great battle against Spectra. Zoltar lives to fight another day and we get to enjoy it.
Another final note is the traditional shot of this makeshift family of super orphans ending with a bit of levity and humor and laughter to balance the episode's dramatic tension. It was a frequent convention for the final moments of a TV series in the 1970s like The Herculoids, Johnny Quest and even many live action series and of course at times for Battle Of The Planets too. 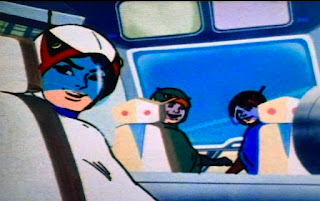 They just don't make them like they used to.
Science Ninja Team Gatchaman title: The Neon Giant That Smiles In The Dark.
Up Next: The Fiery Lava Giant. 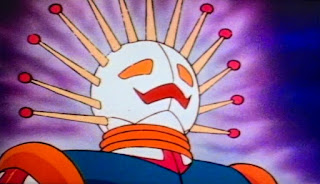 Vintage 1970s tech in the world of an amazing science organization called Gatchaman. 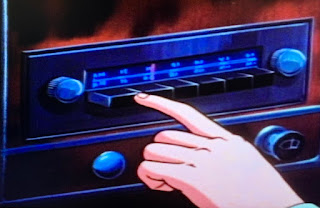 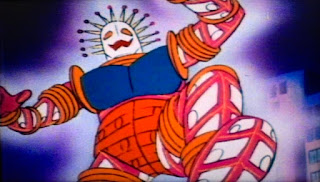 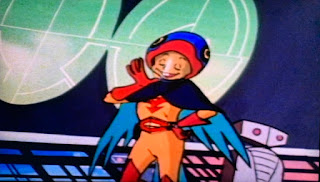 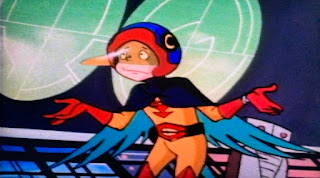 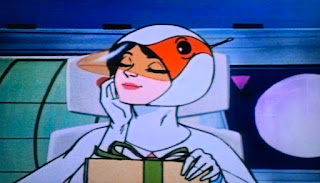 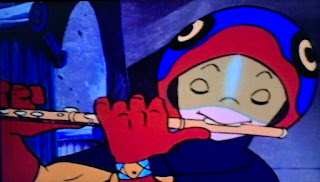 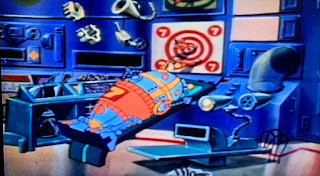 Labels: Anime, Battle Of The Planets