"Once upon a time this ship had a hero defending it.
I'd like you to become a Knight of Sidonia."
-Captain Kobayashi-

Nagate Tanikaze and Shizuka Hoshijiro are rescued and returned to Sidonia. 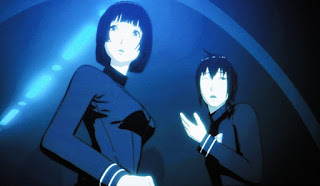 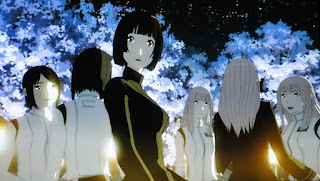 It is there that news rings out across the vast seed ship declaring Tanikaze as something of a hero.

Utilizing the Tsugumori, a Garde used in the legendary Fourth Guana assault, he has destroyed "single-handedly" a Guana. It is perceived he may be the "second coming of the Knight Of Sidonia."

The mythology grows in Knights Of Sidonia, Season One, Episode 6, Salutations.

These moments continue to reveal details concerning the world of seed ship Sidonia. 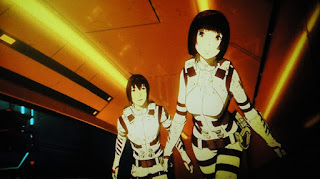 The consultation between Kobayashi and the Committee suggests the group wants the best for Sidonia and her survival. The immortals see Nagate as nothing more than a means to an end. Should the boy become a problem the suggestion by the group is that Kobayashi will "cut him loose." A heart is not required to live forever.

What's most fascinating about Knights Of Sidonia is the microcosm of humanity's trials and tribulations as presented within the great seed ship. 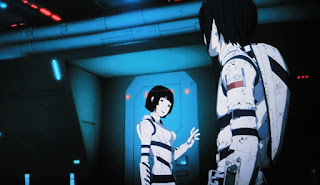 There is joy and celebration amongst the population over the return of Nagate and Hoshijiro yet there are also violent anti-military protests on the flips side.

Sidonia presents all of the beauty and flaws and suffering of our own civilization within its own walls and, relatively speaking, small universe. The story tells us no matter how far we come or how far we go or no matter our efforts just to simply survive out in the cosmos humanity will never find true peace in the universe or with each other. 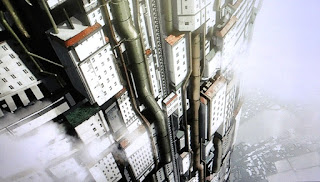 There is no place in the universe that will quiet our DNA to fight or to struggle. All we can hope for is to find those that choose to live and love and share values while clearly others prefer chaos and conflict. Social unrest and upheavel will endure. We can only hope to contain all others who seek strife or at least find some common ground, but the battles will exist within our own lives as much as they might against the monsters around us. The fact is the monsters are among us now and they won't be going away anytime soon. What a timely story reminding us that some things never change and have the potential to worsen. 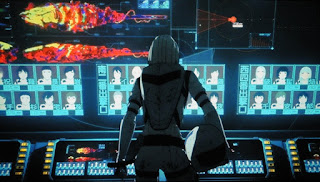 Even as Sidonia fights a mortal enemy from outer space people within Sidonia fight their own in protest against the war effort. These same battles face fellow countrymen today. There are those that would wish us wiped off the map and yet we must fight one another to wage that fight for survival.

As a result of their success Tankiaze and Hoshijiro are promoted from cadets to full-fledged Garde pilots. They will be joining Norio Kunato and En Honoka.

Kobayashi even informs Tanikaze she would like to essentially knight him as a Knight Of Sidonia, a protector of the realm. 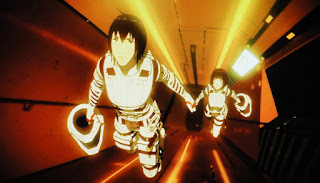 Salutations builds upon what was first established in Adrift between Tanikaze and Hoshijiro---a love connection. The feelings the two have for one another transcend all that swirls around them. They are indeed linked by the heart and Salutations deepens their warmth toward one another. Most of all Salutations is the episode that cements Tanikaze's love for Hoshijiro.

Salutations also enjoys exploring life back upon Sidonia and concludes on a unique note and cliffhanger.

Following a night spent in each other's company, Tanikaze and Hoshijiro are deployed to fight another Guana with their team. 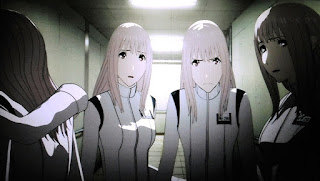 Instead of the heat of battle, Salutations cuts to Tanikaze wounded and waking following his return to Sidonia only to learn he had fallen unconscious in battling the multi-segmented creature.

More horrifying and cutting Tanikaze to his own core is learning that the girl in which he is falling in love with has been killed in the fight. Shizuka Hoshijiro he learns is dead. She has perished in the fight. Hello, greetings and salutations Tanikaze and welcome back from battle.

Knights Of Sidonia continues to flesh out character and enjoy building on the mythology of Sidonia herself and breaking from expected anime conventions as she goes steadily into the dark of space. It does so steadily and breathes as it goes along with some beautiful animation. It's a rare space yarn especially as anime goes. 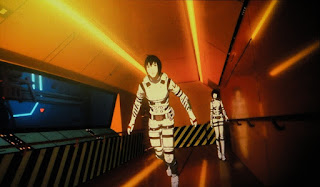 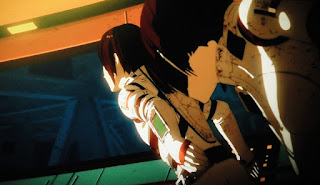 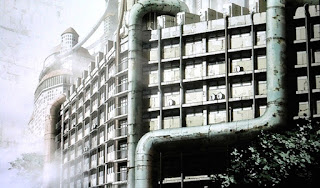 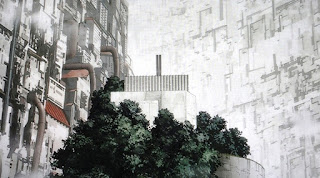 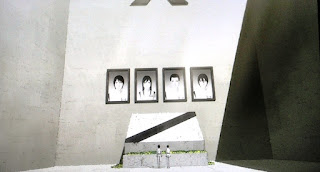 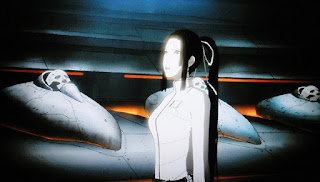 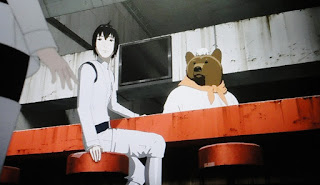 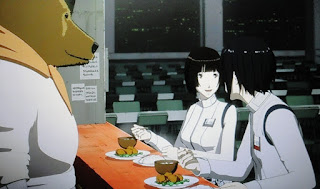 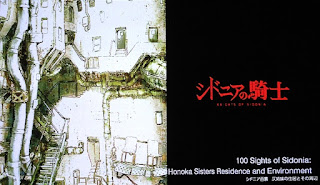 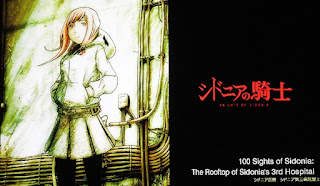 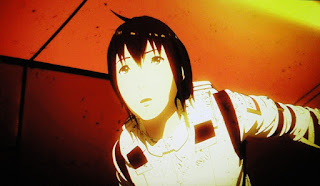