In a completely random move I took The Six Million Dollar Man (1974-1978) off ice.  Lee Majors was always the coolest.  There was always something pure and noble about yesterday's heroes.  They may have been less complex but they were dependable and even still Steve Austin wrestles with some inner demons from time to time. 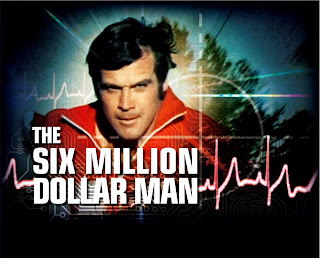 Sometimes I am so torn when I actually have free time, the decision to get something going needs to be fairly efficient or the opportunity is missed completely.  Sometimes I'm virtually paralyzed by the overwhelming selection and variety of directions I could go.  Thus, The Six Million Dollar Man - better, stronger, faster pushed its way into the DVD player before I could think too much about it. 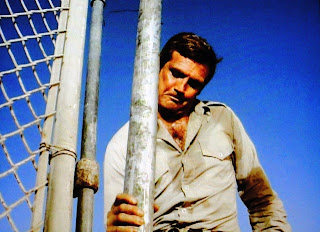 Given the sometimes deliberate and slower pacing the series as evidenced in the two pilot films covered here at Musings Of A Sci-Fi Fanatic, I've optioned to do a sweeping short take on the entire series season by season with brief observations on each episode. This approach gives me a little more freedom to enjoy the series a little quicker but also notes some of the highlights rather than spend extensive time on an episode that might not be quite worthy of the extra expenditure of my waning energy. 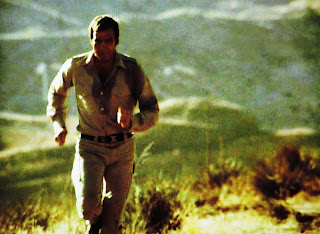 When we reach that most noteworthy episode we'll take a closer look if required.  In general The Six Million Dollar Man is a lot of fun thanks to Lee Majors and Richard Anderson leading the charge. Even the classic slower pacing of the 1970s series makes for an interesting experience with some terrific ideas concerning man's use of technology in the right and wrong hands.  Often, the government's secret weapon, Steve Austin, The Six Million Dollar Man, is sent to challenge that technology in the hands of evil men and the limits they take it.  Additionally, on a deeper level, Austin comes to terms with his new existence and fate as a living cyborg. 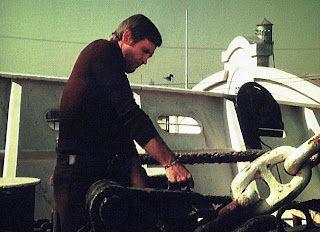 Until I can pull those entries together, and it will no doubt take me time, who couldn't identify with that wonderful opening theme song and what is clearly an exercise in editing exceptionalism.  This is how to make a theme to a potentially classic series.  In this case, this is theme perfection to one of the sci-fi greats ranking alongside the best of the 1970s with The Incredible Hulk and Space:1999.

And although the sound was absent, this theme and clips from the series looked terrific on the Viewmaster when I was a young lad.
Posted by SFF at 10:07 AM