"Let me prognosticate and say I don't think the new series will have anywhere near the original's impact.  When Roddenberry did the series back in 1966, it was new and inventive.  He wasn't afraid to put his ideas on film.  Today, it's a bit old hat and I don't think the new series is that big of a deal."
-Morgan Woodward on Star Trek: The Next Generation in its first season infancy (Starlog Magazine #130, p.73)- 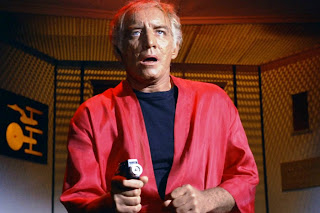 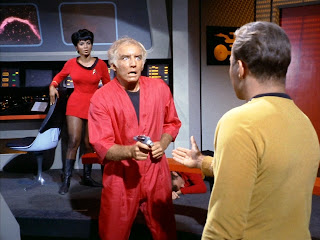 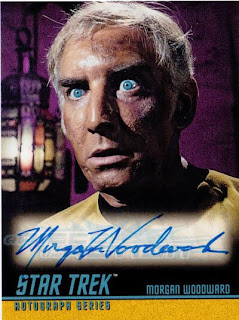 Looking back, to a degree, was Woodward right or wrong?  Does he have a point despite the inevitable success of ST:TNG? The opinion may appear knee-jerk in retrospect but there still may be something to his assertion. 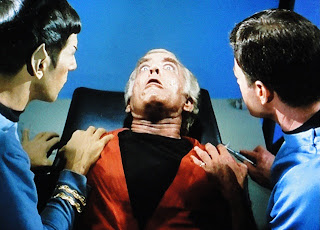 I would count myself among those who could argue, despite the weight of the classic Star Trek: The Original Series, that ST:TNG has undeniably achieved classic status in its own right today.  Perhaps, as much as ST:TOS influenced the rebirth of Star Trek in film along with Star Wars, ST:TNG may have played as much of an instrumental role in generating a proliferation and endurance of the Star Trek franchise in television as the original. 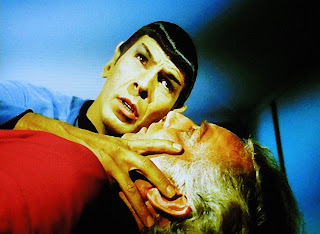 I think I see where he is coming from, especially if that was written when the first season was the only season. I revisted that season from start to finish a year or two ago and I really really wondered how the heck the show stayed on the air. It would not have survived in todays much more cut throat television world. It was so dreadfully uneven.

But I think you are right in that the success of TNG has helped the show endure. Yes the movies were part of that, but TNG being the success it was is what lead to the spin offs and the fact that for a long while Star Trek was a staple of television.

We can all appreciate and enjoy TOS for it's innovative nature. But TNG took the ideas and refined them and shaped them. The universe was fleshed out even more (and some say over fleshed out) but it gave us more worlds to play in and explore. I've come to TNG late. I never was grabbed when it was on the air. I caught a few episodes here and there that I really enjoyed. But I've been making my way (slowly) through the series these last couple years and I've really enjoyed it. TNG has a legacy and I don't think it can or should be ignored.

It is definitely an interview from the inaugural season of St:tng.

You may be right. Timing is everything. It was that, very uneven and in today's world it might be a different reception altogether. Maybe people were hungry for anything Star Trek back then.

Ultimately it worked out as the series progressed.
But uneven or not Roman, believe it or not ratings were quite good for that launch season despite the weak material.

I agree with your thoughts though. I think tng definitely kept the tv franchise rolling and all of that aside it's clear tng holds a deserved spot in the pantheon of influential science fiction in retrospect. It's deserving and will forever be recognized. These blurays are great proof of the care and attention the series deserves.

I'm enjoying it too roman. Tks my friend.