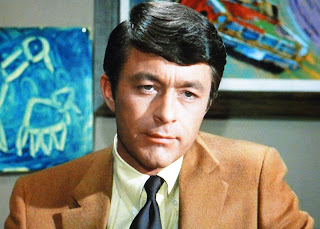 Signs of mutual respect were always abound in the Corbett house whether it was Tom's respectful call to Mrs. Livingston or Mrs. Livingston's always endearing and respectful reference to Tom Corbett as "Mr. Eddie's Father." She was ever so sweet. 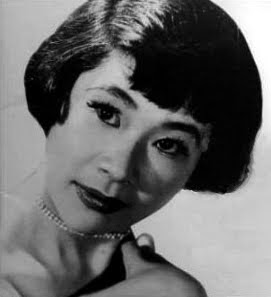 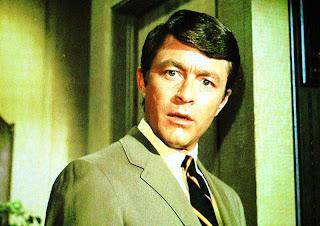 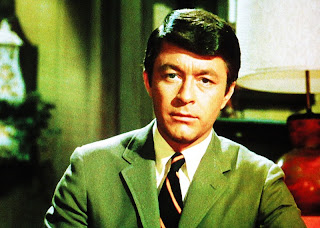 As I stand back and reflect a little over my life so far, I find it oddly fascinating, this, my longstanding love affair with Japanese pop culture. Whether through the kaiju films of Toho, the wonderful worlds of anime in film and television, or the appearance of some of the most beautiful Japanese actors and actresses in pop culture, I've always been drawn to that world, lost in translation as it were. The influence of the beautiful Myoshi Umeki on me as a child was and is no exception. Umeki could conceivably be the earliest influence of Japan's pop exports on my mind's inclination for all things Japanese. 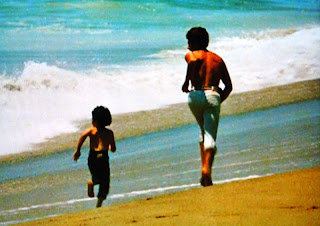 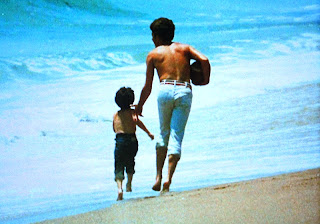 As noted in the series premiere of The Courtship Of Eddie's Father, each entry opened with an affectionate and thoughtful exchange of parent and child. The Courtship Of Eddie's Father, Season One, Episode 2, Teacher's Pet, brings us the latest as Eddie, as always, innocently inquires about that most taboo of childhood subjects - SEX! "I don't understand sex Dad. What's it all about?" 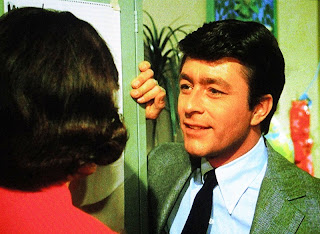 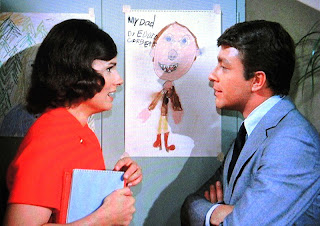 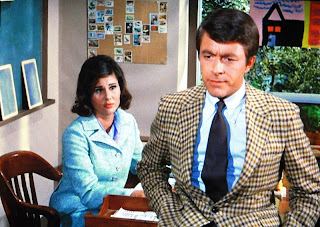 In fact, The Courtship Of Eddie's Father openings had a special quality to them, a real originality as openings went with a special attention toward editing that raw footage to be married to the dialogue. Space:1999 comes to mind. That show had truly impressive openers for each episode because of the use of footage unique to each episode. The Courtship Of Eddie's Father always had an opening that built upon character and the relationship between father and son that was central to the show's themes. This delightfully seguewayed into that impressive Nilsson track, Best Friend, played over the raw footage, as noted above, that was often, but not always, original to the episode in question. 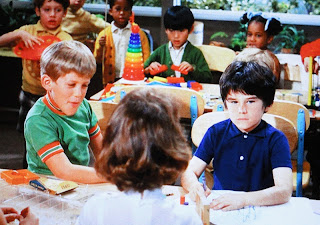 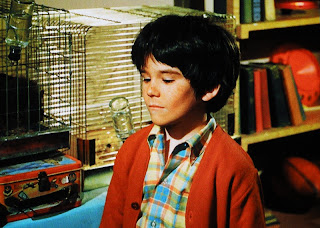 Please know, that while I may be covering The Courtship Of Eddie's Father here on the normally genre-specific Musings Of A Sci-Fi Fanatic, and while it is not of the genre, rest assured there are plenty of sci-fi connections forthcoming not least of which is star Bill Bixby [My Favorite Martian, The Incredible Hulk]. 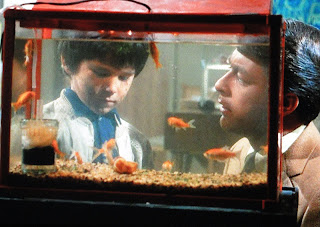 Eddie's father determines that Eddie is playing "doctor" in class and must visit his teacher as a result of his son's actions. Tom meets Eddie's teacher. It was astonishing to me just how flirtatious the two adults were with one another given today's more restrained political climate. There was a good deal of innuendo with the sugestion of intellectual "stimulation" meaning something so much more. It's fascinating to see the juxtaposition of what morays were acceptable in the 1960s versus what kinds of behavior is considered politically correct or acceptable in today's climate between men and women. The idea of Mars versus Venus is really something to behold while viewing with your own children. On the one hand some things have changed dramatically in forty years, but on the other, some thing remain quite the same. Right and wrong is still right and wrong most of the time and the social conflicts that existed forty years ago are still generally the same on the schoolyard playground, in the office and at home. But one thing that is different is how we hold people accountable. The barometer needle has certainly moved to the left on that one. Taking repsonsibility and being held accountable today is incredibly different. It would appear excuses are the rule of today's parents and society generally speaking. Still, there is a mighty percentage out there fighting the good fight. 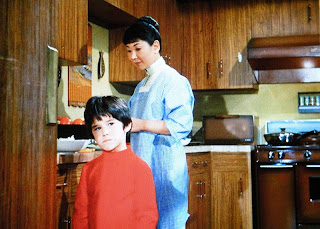 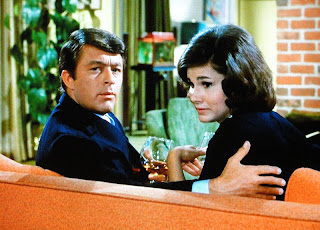 Tom asks Kerry to dinner smitten with the fact she doesn't look "80 years old" like the teachers from his hey day.
Eddie begins informing his friends that his father is dating Miss Ellen, which leads to him being bullied, teased and beat up as the "teacher's pet." 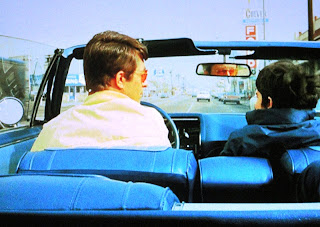 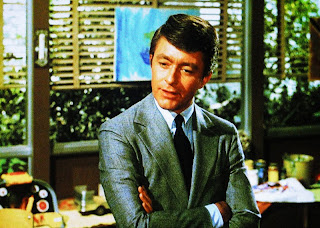 Tom visits Kerry to determine what course of action would be best for their respective son and student. While the relationship remains sort of open-ended in the final outcome, I don't believe Tom Corbett ever dates the teacher again. So would end the courtship after all. The final moments capture Eddie and his father on rocks by the sea as Eddie asks if his mother knows they are having a good time together. His father assures him that she knows as the show alludes to the mother for a second time. The final note on The Courtship Of Eddie's Father is a reflection of the simple, undeniable fact that children blossom under the umbrella of assurance and security.
Teacher's Pet: B-. Writer: Carl Kleinschmitt. Director: James Komack.
Posted by SFF at 12:35 PM