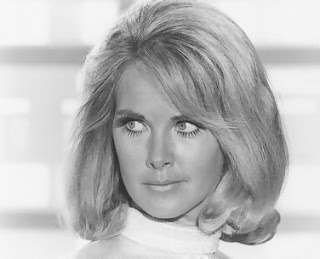 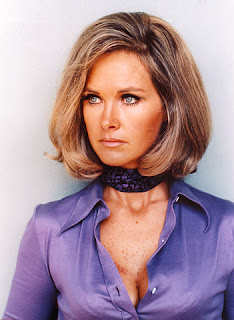 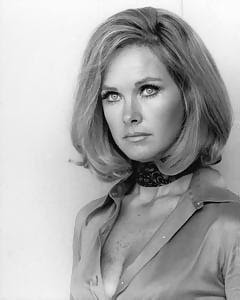 It's time for another look back at one of those special gifts from the wonderful world of Gerry and Sylvia Anderson. Wanda Ventham [1935-present] made a splash with her first appearance in UFO, Season One, Episode One, Identified as Colonel Virginia Lake. Like those UFOs she all but disappeared until her reappearance in the series with Episode 19, The Cat With Ten Lives. She proceeded to contribute to UFO as a major player with each successive episode until the series finale, Episode 26, The Big Sleep. She appeared in a total of 9 UFO episodes. 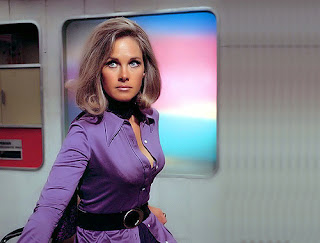 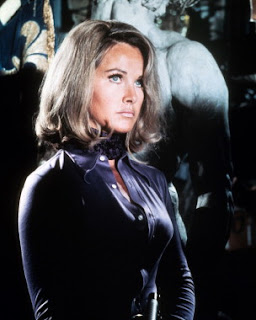 
In other notable science fiction appearances Ventham guest starred in the Doctor Who story the Image Of The Fendahl [1977] starring the Fourth Doctor Tom Baker. She also starred in two other Doctor Who entries opposite Second Doctor Patrick Troughton for The Faceless Ones [1967] and Seventh Doctor Sylvester McCoy for Time And The Rani [1987]. Each installment of Doctor Who arrived roughly ten years apart spanning thirty years. 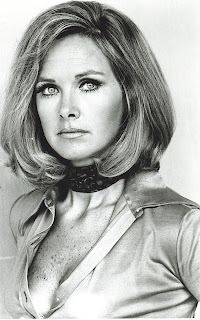 But, yes, wanda, wanda, wanda! There really is no other fish called Wanda when it comes to the incomparable Wanda Ventham. She's like the epitome of 1960s and 1970s sex kitten. And for the ladies, she's the mother of Benedict Cumberbatch (Star Trek: Into Darkness).


It's a toss up for the ultimate in FAB between Wanda Ventham and Gabrielle Drake. Interestingly, Drake starred in ten episodes and Ventham in nine and the two actresses shared just one entry together, Identified. 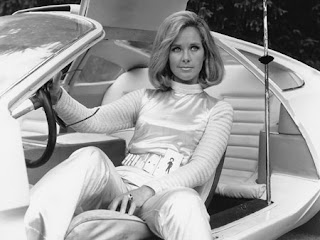 Who gets your FAB award from UFO? 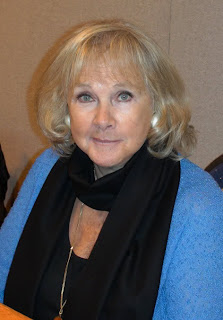 Looking at those stills, it would be a toss up between her and Gabrielle Drake. I love the looks she gives Straker in the "Reflections in the Water" ep. Thanks for the post.

jdigriz. tough call i know. thanks for stopping. i probably would lean toward wanda, but again too close to call. Thanks for mentioning the episode. I look forward to looking at your observation on that and revisiting those strong later episodes of UFO in 2012. cheers, sff