"Power. Something we wish that we all had. All of us who, for having sand kicked in our face by the bully, wish that we could turn into the Hulk to defend ourselves."
-Bill Bixby channeling our inner-twelve year old in The Hulk #10 magazine (August 1978)- 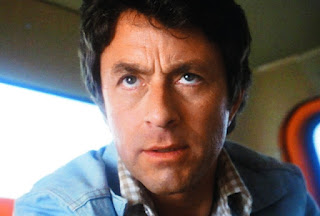 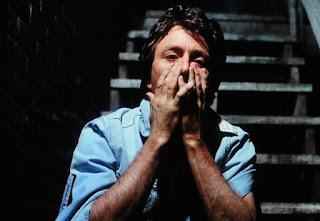 The Incredible Hulk, Season One, Episode 8, The Hulk Breaks Las Vegas may not exactly be the best episode to gamble on if you're entering the fray with The Incredible Hulk (1977-1982) TV series of the 1970s, but its still worth a roll of the dice.

The dated imperfections of The Incredible Hulk are always in play, but once again this writer is reminded of just how fortunate we were to enjoy five whole seasons of the series. Let us not forget, Nicholas Hammond's version of The Amazing Spider-Man (1977-1979) was also a solid, worthy interpretation of the Marvel character and did not enjoy as strong a fate lasting just two short seasons, ironic given the film adaptation of Spider-Man has had greater success than film counterpart for The Hulk. 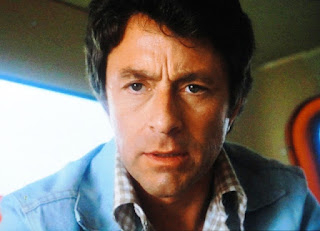 So to be able to even own The Incredible Hulk TV series on DVD is something I treasure. I'm not entirely sure it will ever see the light of day on Blu-Ray (though as of this writing it actually is on Blu-Ray in the UK so maybe there is hope). I'm not going to get angry holding my breath and transform into the Hulk though, because as it is there is plenty to enjoy about the series not least of all Bill Bixby.

Bixby is a treasure for the series. Lou Ferrigno, too, is credibly terrific as the green giant, but Bill Bixby gets me in the sweet spot every time. To see this actor perform as David Banner in The Incredible Hulk for five seasons and a total of eighty-two episodes before his life was cruelly taken by cancer in 1993 is truly a pop culture gift. The man simply elevates the material and every scene in the series even when the scripts aren't serving him well. Bixby was always that good, a real charmer with a talent that worked with a wink and a smile. 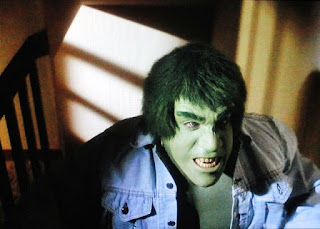 Many of the scripts for The Incredible Hulk certainly lacked real subtext. It was 1970s television. But all of the subtext for the show was in Bixby's performance. All of the subtle emotional layering was built into the series thanks to Bixby. Bixby brought the physical subtext to homes everywhere.

He always delivered. He delivered on My Favorite Martian (1963-1966) for three seasons. He was sensational for The Courtship Of Eddie's Father (1969-1972) for three seasons. (We're fortunate The Courtship Of Eddie's Father was given a DVD treatment to boot.) And he performed the hat-trick with The Incredible Hulk. Now that is a small miracle people. 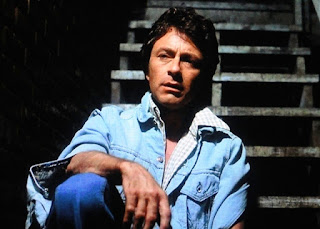 In the latest Hulk installment Bill Bixby as Banner lands himself in Las Vegas as the title suggests. There is plenty of stock footage pulled for the episode in the same manner stock footage from Steven Spielberg's Duel (1971) was used for The Incredible Hulk, Season One, Episode 9, Never Give A Trucker An Even Break. And of course, when it comes to crime there is no shortage of it in Las Vegas and Bixby brings his alter-ego along with him. Banner lands in the employ of a casino. No shocker on those two points. He also lands himself in the employ of the mafia. This is particularly the norm in the 1970s.

David won't break the bank or the casinos but The Hulk literally does break Las Vegas. 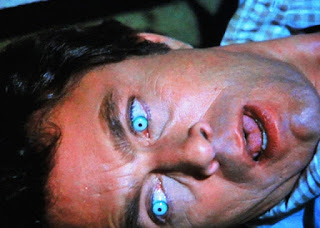 In the end David moves on and must bid farewell to the episode's token female. They pull a slot machine and it's close. She says, "maybe one day you'll hit" with a sexy smile. I kept wondering if she meant the lottery or if she meant the sack. David Banner is in James T. Kirk country in every episode. The girls want him. The Incredible Hulk Breaks Las Vegas is not necessarily interesting visually or as stories go, but there's always Bill Bixby friends.

In the end there is a little devastation in Las Vegas in a few spots. It doesn't come close to the carnage of those wonderful, vintage comic books, but live action has its budgetary limitations people.

It's always fun to see a few innocents tossed about for good measure amidst The Hulk's efforts to dispatch the baddies. 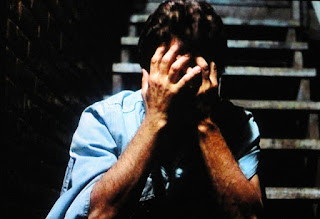 The great irony of the rampaging Hulk was captured by writer Mark Phillips in his article, Hulk-out, in Starlog Magazine #312. David Banner always perceived his alter-ego as an "unpleasant amalgamation of negative and hostile energy." The truth of the matter, which is one of those things that was ever apparent to the child mind, was that the Hulk "brought good results" often times. "Innocent lives were changed for the better, and all villains were defeated." Amen. Sure there was a touch of physical destruction along the way, but children understood the bigger picture that parents were missing amidst all the rampant and wanton devastation---The Hulk was actually on our side. He was one of the good guys. Despite David Banner's torment The Hulk dispatched his anger on those that would do him harm. All other people and creatures would soothe the beast or "raging spirit" within. The Hulk's resulting violence was naturally and normally directed at the baddies. The equation was logical and simple and kids got it. 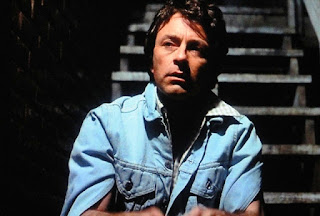 Next Blog Issue: Never Give A Trucker An Even Break. Strap on your seatbelts Pilgrims! Hulk Transformation Reason #1: A Mafia kingpin beat down.
Hulk Transformation Reason #2: Thrown in a pit alive and covered with dirt (along with reporter Jack McGee) by the Mafia even though they simply could have shot David Banner with their guns and dropped him in the pit and then covered him with dirt. As you might well imagine it did not work out well for the Mafia. Had they shot him and put him down quickly of course we wouldn't be able to see The Hulk burst from the pit's sand in all his Ferrigno-like glory. We can't have that. Where would the fun be in that? 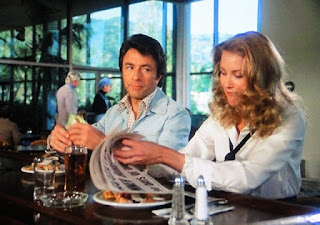 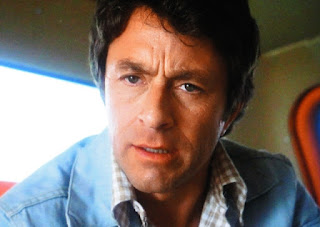 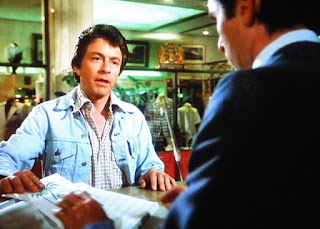 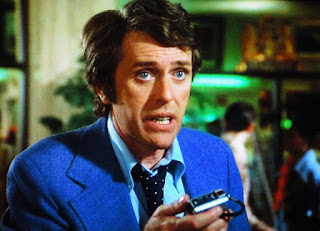 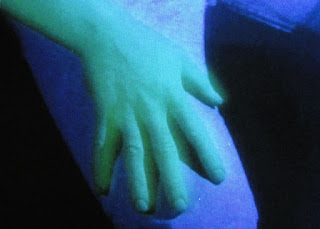 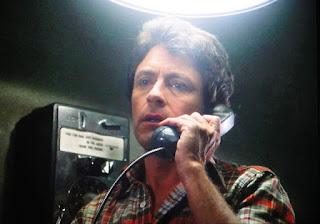 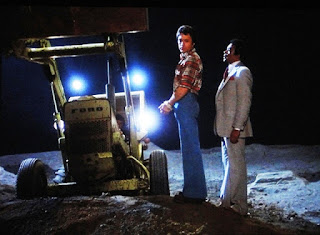 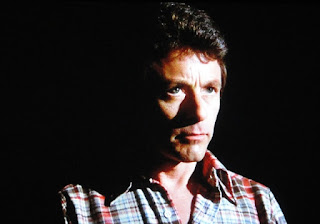 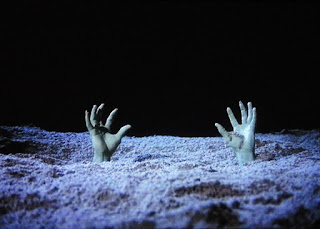 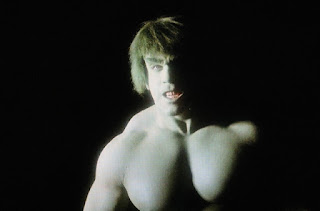 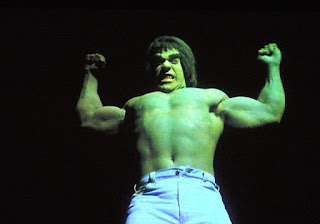 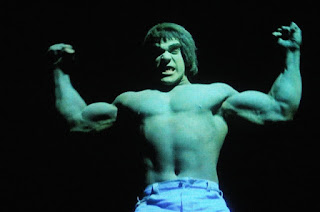 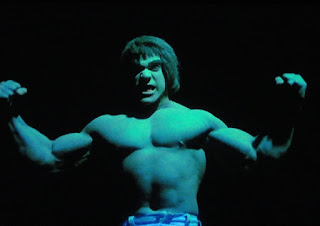 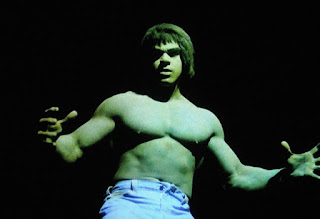 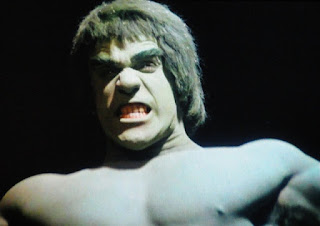 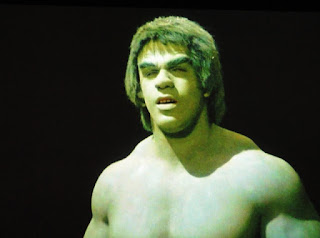 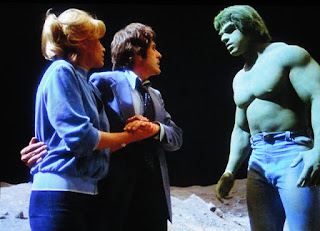 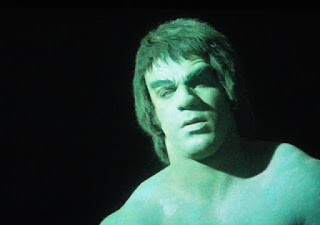 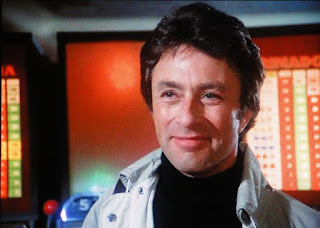 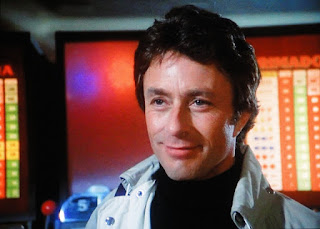 We all enjoy the thought of letting the id out. Werewolf movies are similar, though in most iterations the werewolves truly are our primal animalistic selves willing to bite “good guys” and “bad guys” alike – superego begone! Hulk, as you say, is more selective with his rampages. He still has a conscience whispering in his ear telling him whom it’s OK to throw across the room and whom it isn’t. It’s a fun show, and one always should make allowances for budget. In a similar vein, in response to complaints about production values, a reviewer of “Buffy” once remarked that you don’t go to a stage production of “The Merchant of Venice” and complain, “That TOTALLY doesn’t look like Venice. This play sucks!”