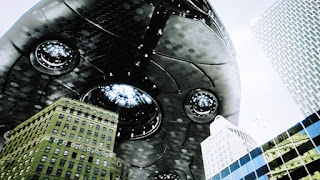 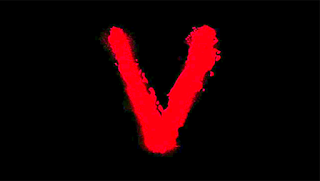 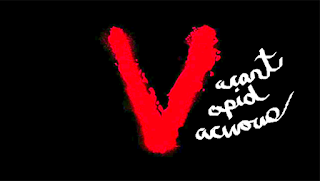 There is no question Scott Peters and his creative team had good intentions with V (2009-2011) and that a tremendous amount of work and effort went into it. Sadly though, the end result is at times dumb-headed science fiction. All of the effort simply did not coalesce into an smart sci-fi affair.

The original V was an allegorical story mirroring the rise of Nazism and the resulting Holocaust steeped in World War II analogies.

Showrunner and executive producer Jeffrey Bell noted the original V was like a sci-fi war series with a military foundation. 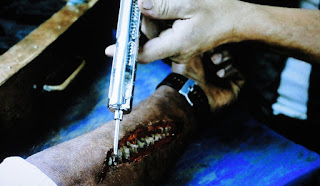 So Bell and the creative team here saw V as a post-9/11 story. The influence of that one major historical, life-altering event had a ripple effect going forward in the genre. Some excelled in embracing and mirroring our realities (Battlestar Galactica) and others, like V, generally failed.

Bell explained, "There is no single threat. It's terrorists and it's the guy living across the street or the woman next door. Who do you trust? So I think we get to tie into a lot of things that are going on in the world right now" (p.36). 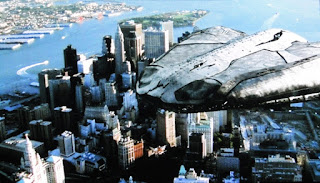 Again, like his colleague Jace Hall here, there were lofty aspirations in what the creative team was striving to achieve. Unfortunately the execution of ideas on V, which theoretically should have been on par with the kind of eloquent cultural, political and societal reflections that were found on Moore's Battlestar Galactica, came up empty headed, poorly written and/or sounding all rather silly. The casting was also an issue with a demanding lead shouldered by a miscast Elizabeth Mitchell.

As a result, unlike the meticulously casted and reimagined Battlestar Galactica, the reimagined V crashed and burned up into a sci-fi dud left to be just a footnote in sci-fi history. Rather than a classic with its own voice to thoughtfully reflect the times, as Ronald D. Moore was able to do or as Kenneth Johnson was successful in doing with his original V, this V is an unintelligent, sad little affair. Fortunately for Johnson his story will endure.
Posted by SFF at 1:28 PM