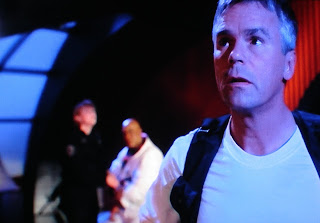 So what exactly were some of my favorite Stargate SG-1 episodes over the course of its ten season run?


Here are ten of my favorites.


Hathor [Season One]: I thought the performance by Suanne Braun made this entry particularly seductive for me. Plus I can't resist chicks with guns. This is not a particular noteworthy highlight from Season One for many, but I loved it. Plus Braun plays a redheaded hottie! 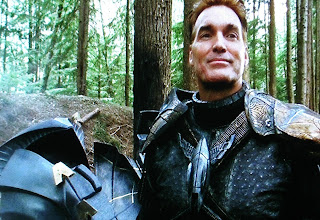 Deadman Switch [Season Three]: I love Sam Jones as the bounty hunter in this one. The comedic timing and humor combined with effects and action made this one infinitely watchable for me. It was also terrific seeing the star of the sci-fi classic Flash Gordon in the flesh once again. He's very good in the role. 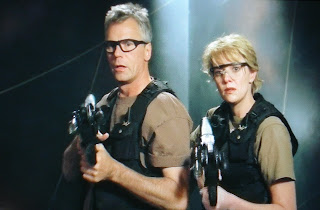 Nemesis [Season Three]: This one introduced the Replicators. It blew me away. As time went on the Replicators arc grew a bit tiresome for me in spots, but this first introduction to the little varmints was Stargate SG-1 in pure science fiction mode.


Small Victories [Season Four]: This was one of the best season openers of any show and concluded an essential two-parter of must see sci-fi television.


Enemies [Season Five]: Another terrific season opener. A brilliant mix of Goa'uld and Replicators. What more could you want?


Unnatural Selection [Season Six]: Another replicators story that included the Asgard. This is a dark tale and one of the highlights for me regarding the Replicators arc. When you have the Asgard in trouble you have real problems.

Evolution Part 1 & 2 [Season Seven]: For all intents and purposes we will make these two episodes one entry. I love the whole super soldiers arc. A tip of the cap to the designers of the creature and costume effects. It was very Star Wars-like and very bad ass cool. It's entries like this that really make you miss Richard Dean Anderson and company.


Heroes Part 1 & 2 [Season Seven]: Part Two in particular is one of my all-time favorite Stargate SG-1 episodes. It may be my favorite. It blew me away. The action is amazing. It's Stargate SG-1 meets Black Hawk Down. The drama's emotional intensity after getting to know these characters for seven years really socks it to you. To see one of these beloved characters die just threw me for a loop. I didn't see it coming and it had a potent impact on my viewing experience. 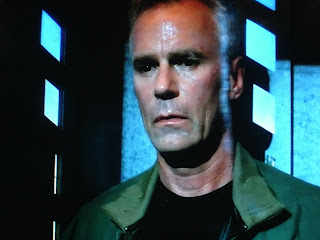 
Prometheus Unbound [Season Eight]: This was an awesome Michael Shanks episode for me especially given he was my least favorite character. I also loved Claudia Black here. The sexual tension is note perfect. In fact, funny enough, this is hands down my favorite Claudia Black episode from all of her appearances on the show. She became a regular and grew tiresome for me in her role. She packs all the punch of her character in this one installment literally.


Threads [Season Eight]: This is a powerful episode with loads of great character drama. It's a personal favorite and amounts to being Stargate SG-1 soap. Call me a Jack and Carter fan, but it's all in there. It's a beautifully executed story. 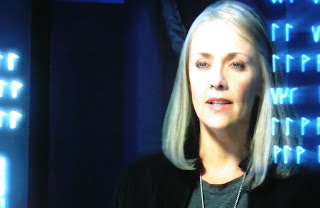 Unending [Season Ten] I'm a sucker for dramatic finishes and love it when they pull at the old heartstrings, which is why this one ranks up there as one of my favorite episodes. There's something about seeing all of our characters age before our very eyes and to see them saying goodbye with such affection for one another really got to me. Not to mention, the use of Credence Clearwater Revival's Have You Ever Seen The Rain? is one of the best applications of a pop song in television I've ever seen. There's a nostalgic, warm ring to it that really pulls you into the moment. 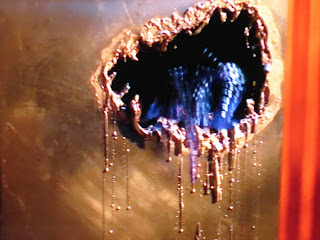 Well, there you have it. There are so many entries that come close to perfection and many more with great moments or sequences, but these are my favorites and the episodes I would gladly pull out to share with a friend. Granted, these entries taken out of context from the entire ten season arc would certainly not have the same emotional impact as they did for us by starting with Season One. Indeed.
Posted by SFF at 11:10 AM

I see from some of the stuff you wrote here that you just GOTTA get that last disc of B5 and watch it while it is still kinda fresh in your mind.. ;)

I hear you. There are many great episodes. Do you like Stargate Universe though?

H- Just looking for the right price on that. I don't like the fact I still have two entries hanging out there in the wind.

I think so,I am not quite sure yet,So far it has been very interesting,at least I think so :)

Well said.
I'm definitely on the fence for certain reasons, but I like certain things about it. I intend on giving it a fair shake too.

I absolutly loved Battlestar Galacttica,True Blood,and I am looking forward to "V". !!! :)

I really loved Battlestar Galactica and then was really left not loving it so much by Season Four. I will have to go back at some point and watch it all over, but I just could not come to a resolution on a number of areas. I'm all for interpretation but I felt it was really non-sensical in parts toward the end. I loved those first two seasons though. loved them.

I hear True Blood is great! I'm also looking forward to V! I'm with you there.

I like you style,I agree with you on season 4,I began to scratch my head on several aeras(and I don't have dandurff either) :),I love alot of scifi and even Xena,Buffy,and Angel,But Heart Belongs to Babylon 5,I have all the DVD's,comics,cards,and your wonderful screenshots(wallpapers),I am HAPPY :)

Ha! No dandruff, good to hear.

Yeah, in fact, the more I think about Battlestar's final days the more I get confused.

I'm all for open endings and interpretation and such, but man there's not much rhyme or reason to any of it. I mean, I don't even know which way to turn to make sense of it all.

Very well put !!!,I just watched the new Stargate Universe,Man I am still on the fence,I still don't quite get it !!! :(

It's really funny you wrote about SU. I'm right there with you as you can see by my post today. I am absolutely astonished by all of it. It's so disappointing. :( Sad face with ya!