"There's virtually no tether to Battlestar Galactica from a storytelling standpoint whatsoever.
There are ... Easter eggs and nods and acknowledgements for the Battlestar faithful...but I think legitimately the show stands on its own. ... there really is no relationship between the two shows."
-David Eick, SciFiNow #38, p.8- 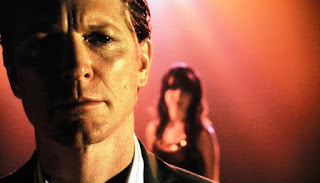 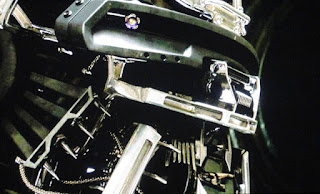 If this writer had a five dollar bill for every time he read an interview from David Eick or Ronald D. Moore that Caprica (2010) had nothing to do with Battlestar Galactica (2003-2009), I might be able to pay for a dinner on the town. Okay, so not enough to be rich.

It seems entirely disingenuous to sell the Caprica series in this fashion, but so it goes and yes it does stand on its own two Cylon legs.

In fact, one quote from Ronald D. Moore was that Caprica was "a very different show. It's a character based drama" (SciFiNow #35).

Uh, excuse me, but what the hell was Battlestar Galactica? I think it's safe to say it was a character-based drama, um, maybe it's me. Oh, you mean without spaceships. Okay.

But yes, the efforts to divorce the two series from one another simply seemed simply unnecessary and even insincere by Eick, Moore and SyFy, but yet they persisted. 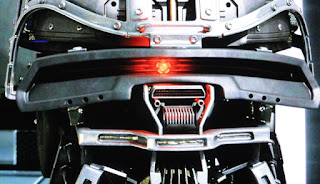 SciFiNow's James Rundle always offers a very thoughtful commentary, opinion piece or reflection on any number of sci-fi matters. This was his retort. In it, he not only calls out these obvious deflections accordingly, but actually preemptively predicts or foresees the troubles that would besiege or plague Caprica. It's a solid opinion piece and this is it in its edited form.

"Despite the constat reminders that Caprica will be as divorced from Battlestar Galactica as it possibly can be, it's hard to escape the idea that this is a little facetious. The show will, after all, deal with the creation of the Cylons, it's set in the same universe, and one of the two principle characters has 'Adama' for his last name. To me, that seems like a very connected series." Amen. 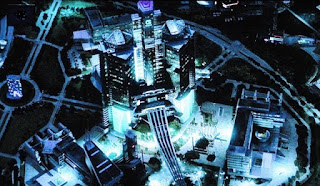 He adds, "SyFy has been on a mission lately to distance itself from what it sees as the negative stigma of the sci-fi genre, it seems." That might explain all those wrestling shows. Fortunately the shift back toward science fiction took place in 2014-2015 for SyFy.

"It's a curious choice for a network that once advertised itself as being the only bastion of geek in the mainstream wilderness. The treasure that it's after is, unfortunately, fool's gold." Perfect.

"It doesn't exist---just because you package something differently, it doesn't change what lies within. Caprica is a sci-fi series, make no mistake about that. It deals with artificial intelligence, virtual reality and interplanetary interaction." Oh and again, it actually has a Cylon making the connection to Battlestar Galactica as clear as it gets. There's making no mistake about that. 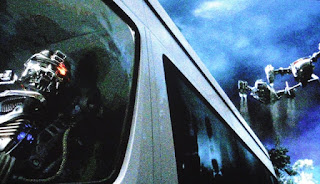 Rundle brings his commentary full circle and analyzes the harm in such a marketing approach to a series, which I found to be detrimental and distracting myself. "But what those involved are trying to claim is that the themes makes a show rather than its content, and that simply isn't true. Themes add definition, they provide substance, but the core of a show is its setting and main story, along with characters. Yes, Caprica may end up being Dallas in the Twelve Colonies, but if it tries to strain from the constraints of its genre (or its franchise mythology -SFF), it will end up being a confused product, one which alienates the audience it desperately needs while receiving a lukewarm reception from the one it so desperately wants. This insistence that the sci-fi label is a bad one is an insult to those of us whose support made cross-genre calibration possible in the first place" (p.9).

Rundle really hits a home run with his piece despite baseball being an inappropriate metaphor for an Englishman. It is insulting to try so desperately to separate Caprica from science fiction or Battlestar Galactica. 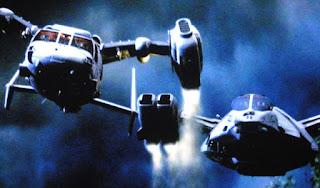 I felt much of that same approach was taken in establishing Stargate Universe (2009-2011) by Robert Cooper and Brad Wright. Efforts to divorce Stargate Universe from Stargate SG-1 (1997-2007) and Stargate Atlantis (2004-2009) created confusion and even disillusioned fans. It's true, like Caprica, that SGU was a different beast, but it became a point of contention and confusion for fans and ultimately, I believe, harmed that franchise.

Moore and Eick deserve credit for doing something so different within the genre by in effect domesticating the Battlestar world to a Caprica-bound creation story, but the efforts at segregation seemed a bit overwhelming, louder and more profound than needed to be. Ultimately, distinctly different or not, Caprica was very different as a science fiction from Battlestar Galactica but also not nearly as good. 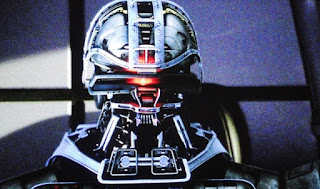