Battle Of The Planets: Orion Wonderdog Of Space 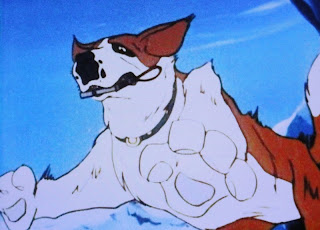 G-Force and Orion, the Saint Bernard wonderdog. The superhero team-up concept was always entertaining. It was like Marvel Team-Up brought to life.


"We wanted to make some cool-looking characters." -Ippei Kuri- 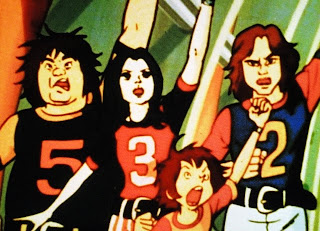 Battle Of The Planets offered some fine story moments across its 85 episode run in America, and even finer character and mech designs. Tatsunoko's Gatchaman was edited and cut down from its 105 episode series for the stateside release you'll recall. Ippei Kuri, president and founder of the company, Tatsunoko Production, founded in 1962, recalls seeing his classic work transformed for the overseas market and the addition of the dreaded 7-Zark-7. Ippei told Newtype in August 2004, "To be honest, I really didn't like having my work fiddled with. It was changed to be gentler, and there was really no other choice. At that time you had to [localize] or you wouldn't sell anything." But sell it did and the world of anime was better for it influencing a generation of new fans to the art form. He concedes, "It didn't exactly turn out lame, but we noticed that there were poorly done drawings stuck in." Umm, yes, we did too. We're sorry about that Mr. Kuri. Still, would I love something like Battle Of The Planets if it was lame? Uh... let's move on. 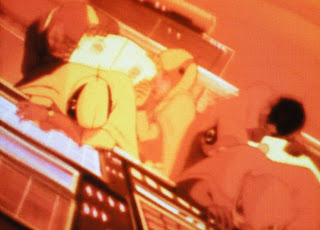 One of the notable facets about the strength of this series was the animation. The cel drawings are genuinely beautiful, pencilled drawings. It is truly artwork brought to life by those at Tatsunoko. It's no surprise the company, more than many others, was born from black and white manga. It was one of the first generation of animation studios in Japan. Logic was never a strong suit in the series. 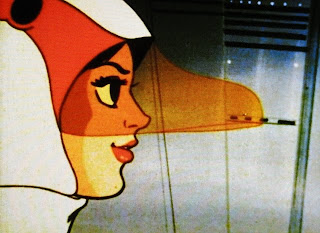 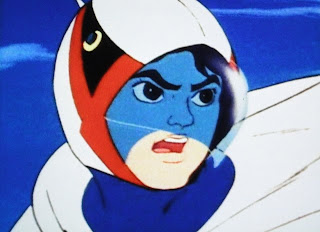 It sometimes took comic book violence and action to new heights, while at times respecting the humanity, vincibility and fallibility of our heroes. Ultimately though, this was premium, high octance, sci-fi action adventure. There's hardly time for logic friends when you're trying to fend off an attacking metallic cockroach. 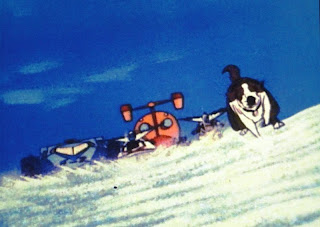 Watching several episodes over the weekend one scene comes to mind that certainly illustrates the fantastical nature of the series. Two young Mexican boys, the sons of fishermen, stowaway on Zoltar's spacecraft. They essentially become prisoners. As the episode comes to an end, the final minutes wrap up quickly with the Phoenix literally piercing the hull of Zoltar's vessel with the subtlety of a jack hammer. Nevermind that the boys are inside the very room they crash headlong into and that falling debris could snuff out their poor little lives without a second's thought. It's a minor miracle the boys weren't crushed. Well, these are precisely the kinds of minor miracles that occur on Battle Of The Planets. Safe, extraction plans were hardly a concern of implementation by the heroes of G-Force working within the confines of a 22 minute installment. Japan's Science Ninja Team Gatchaman had a job to do and every second counted. If a few stowaway children take one for the team so be it. Nevertheless the boys do survive and return to the sea and their fishing ways minus their metal pots as makeshift G-Force hemets. I'm having a bit of fun with it, but one should. 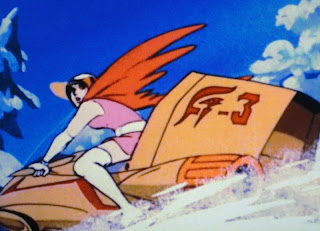 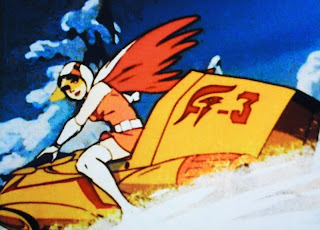 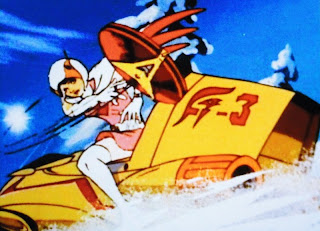 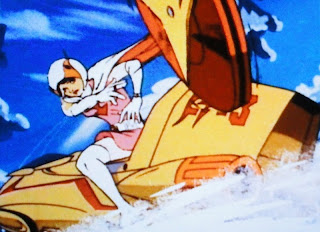 Still, for every one of these moments, there seemed to be moments of weakness and truth and as kids we connected with that reality. These are classic cartoons and Battle Of The Planets, even more importantly Gatchaman, seemed to straddle the fence on death and dying. It sometimes respected scenarios of serious harm or injury and death, while at times missing the details of those events described above. Still, Battle Of The Planets was one of the few animations making the effort out there to draw our heroes as flesh and blood mortals, and despite cerebonic super powers, exhibit signs of flawed human behavior or frailty. 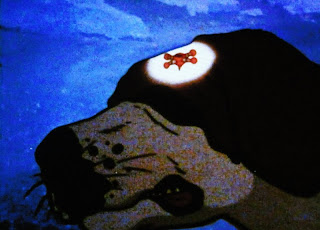 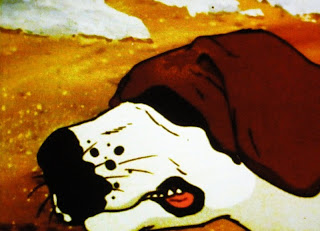 But again, if it's total realism you seek then Battle Of The Planets is not going to be your cup of flashback tea. As far as superheor cartoons go, this series did have some tremendously creative moments. One such episode, Orion Wonderdog Of Space, put a smile on this face. Not only did the animators behind the episode give us the wonderfully conceived drawings of the Saint Bernard, Orion the Wonderdog, complete with cerebonic implants, the kind that enhance the skills and powers of our dear heroes, G-Force, but we were treated to an episode replete with action-packed, mini-mecha moments. As a child I yearned for those rare moments featuring these spectacular creations. It seemed every time I watched there appearance was few and far between. They were indeed a special part of the show that never got overplayed. It was a bit like waiting for the Batmobile in The Dark Knight. 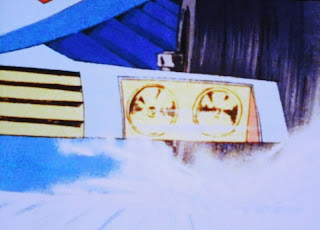 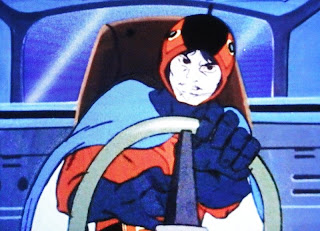 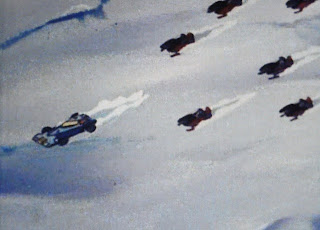 As a child I absolutely adored the vehicles that graced the series. Each craft was designated for each of the G-Force members, G-1, G-2, G-3 and G-4. G-2 was my hands down favorite, complete with its special weaponry, but they all had their moments. Mark, G-1, probably received the most attention throughout the series, but each generated some special sequences along the way. 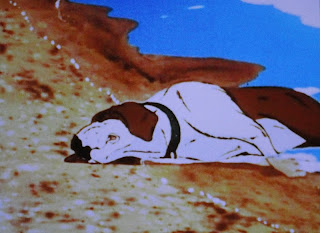 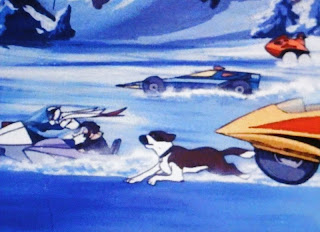 Orion Wonderdog Of Space gives us a nice snapshot of the kinds of daily excitement kids were drawn to upon their return home from school. In fact, and this speaks to those lapses in logic, Orion was actually so powerful thanks to the cerebonic implant he was able to run alongside G-2 and G-3 without missing a step. Unlikely? I think not. He's cerebonic of course. Yet, in the same breath, when Orion goes missing, the series ponders his fate. Is Orion hurt or better yet dead? Life and death, Battle Of The Planets-style. Boy, those were the days.
Posted by SFF at 9:33 PM