"... A gripping, strong addition to the series that ranks highly in drama, tension, and pure science fiction." -SciFiNow on The Seige (2007)- 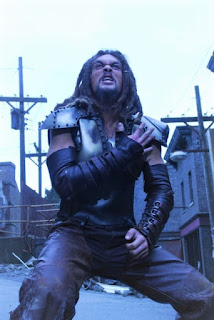 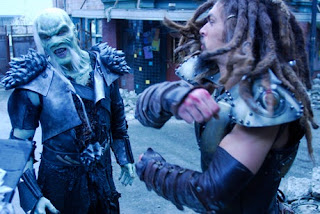 This list taken from an evening read of SciFiNow #5 (2007) notes the very best episodes Of Stargate Atlantis from Season One, Two and Three (prior to the airing Season Four and Five).  A list from all five of their seasons will follow in the future as well as my very own Sci-Fi Fanatic BIG 10. 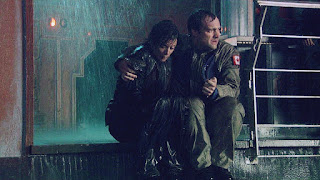 Here is the list according to SciFiNow.
8. Rising (Season One). 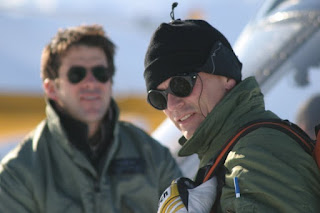 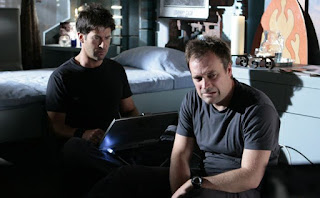 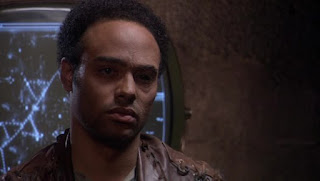 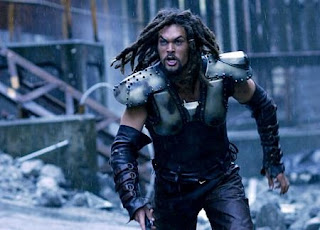 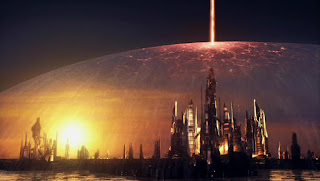 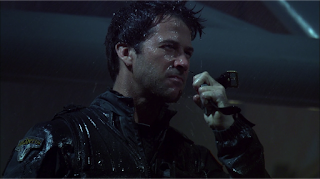 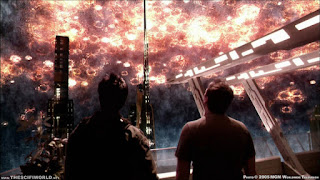 I was surprised by writer James Rundle's assessment in the aforementioned magazine regarding Season One as a "mostly poor season." Yet three episodes from Season One make his best list. Rundle felt Stargate Atlantis too closely mirrored Stargate SG-1, but isn't that part and parcel of a franchise? Star Trek comes to mind. Beyond the applied formula for both series SGA felt a unique variation on the franchise thanks in part to color, design, location and cast. I would agree many of the tried and true operating rules are certainly applied throughout SGA, but I never once felt like I was watching SG-1.
Rundle referred to Rising as "essential viewing for any Atlantis fan" and that it set up the show "nicely, even if it is similar to SG-1's pilot." Now I've seen SG-1's Children Of The Gods as I'm sure Rundle has, but they aren't remotely close in style or story so I'm not certain where he found the comparisons apart from borrowing a few familiar faces from the original series. 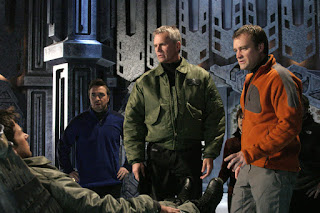 You will find the next list to follow regarding the Best and Worst of Stargate Atlantis (all five seasons) interesting. Does the magazine fact check itself regarding its previous articles? Stay tuned to see what I mean.
For the uninitiated to SGA these episodes offer a solid sample of the show's dynamic for those interested in going into space for a swim.
One final point. I know Jason Momoa has become something of a superstar and he's a fine screen presence to be sure, but for my money the underappreciated David Hewlett is the reason for watching this entire series. He is a one of a kind classic.
*Source SciFi Now #5